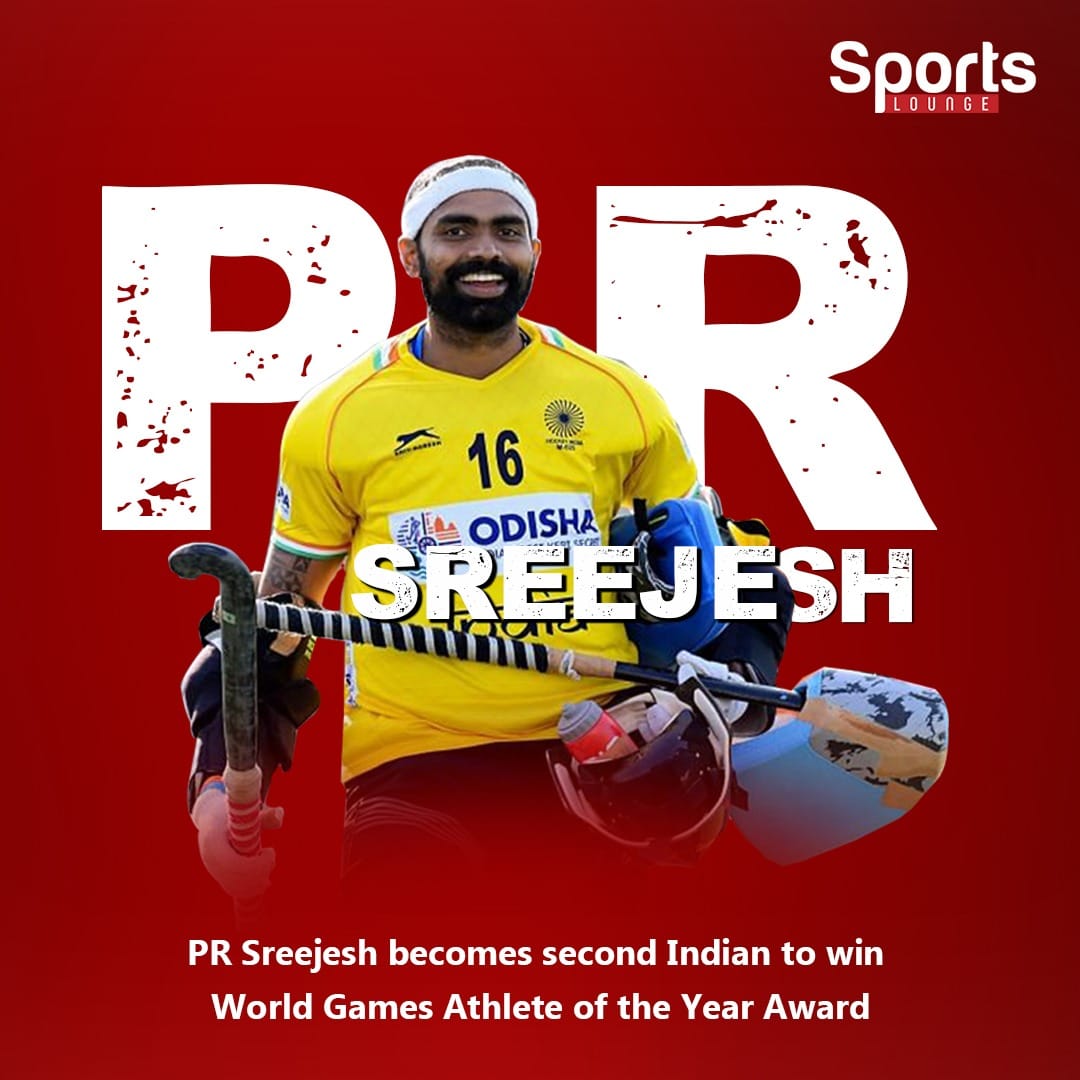 New Delhi: Veteran India hockey goalkeeper PR Sreejesh on Monday won the prestigious World Games Athlete of the Year for his 2021 performances, becoming only the second Indian to receive the accolade.

“I’m very honoured to win this award. First of all, a big thank you to FIH for nominating me for this award, and secondly thanks to all the Indian hockey lovers around the world, who voted for me,” Sreejesh said in a statement.

Sreejesh, a former India hockey captain and part of the Tokyo Olympics-bronze medal winning side, received 1,27,647 votes, whereas Lopez and Giordane accumulated 67,428 and 52,046 votes respectively.

The 33-year-old was the only Indian nominated and was recommended by the International Hockey Federation (FIH).

In the FIH Stars Awards in October, Sreejesh was named the goalkeeper of the year for 2021.

“By getting nominated I did my part, but the rest was done by the fans and hockey lovers. So, this award goes to them, and I think they deserve this award more than me.

“It’s a big moment for Indian hockey as well because everyone in the hockey community, all the hockey federations around the world voted for me, so it’s great to see that support from the hockey family,” Sreejesh said.

He dedicated the honour to his teammates and the behind-the-scenes support system that propelled the side to the podium in Tokyo Olympics.

“I am a person who doesn’t believe in individual awards, especially when you are part of a team,” he said.

“It’s not only the team of 33 players, but you have a lot of people involved behind as well, there’s coaching staff, there’s support staff, there’s a great association like Hockey India who is supporting you a lot.

“…there’s Sports Authority of India (SAI), who are providing you with all the world-class facilities to train, there’s Odisha Government who’s unwavering support helps the sport grow and flourish and there’s India Olympic Association as well, who re taking care of you really well.”

Sreejesh made his senior team debut in 2006, at the South Asian Games in Colombo. He has been a regular member in the team since 2011 after saving two penalty strokes in the Asian Champions Trophy Final in Ordos City, China, against Pakistan.

He had represented India at the 2012 London Olympics and then the World Cup in 2014. At the 2014 Asian Games in Incheon, South Korea, he starred in India’s gold medal win, when he saved two penalty strokes against Pakistan in the final.

He led the Indian team that won the silver medal at the 2016 Men’s Hockey Champions Trophy held at London.

At the 2016 Olympics in Rio, Sreejesh led the Indian hockey team to the quarterfinals of the tournament.

Ahead of FIH Hockey Pro League debut, India captain Savita Punia happy with how team is shaping up