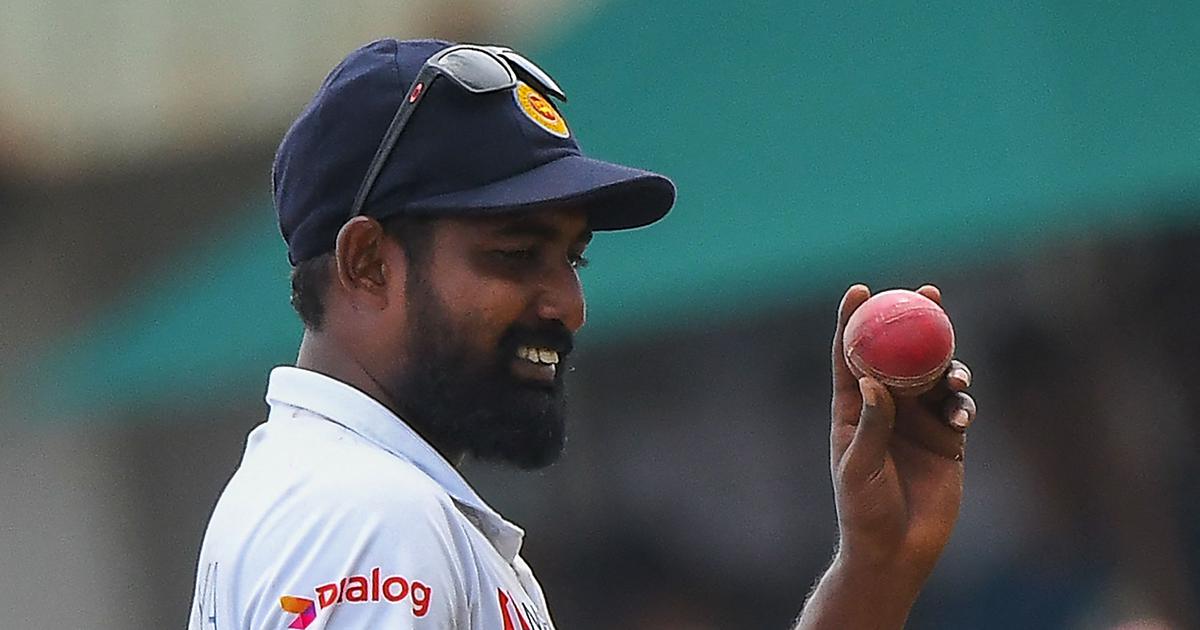 Chasing a mammoth 508 for victory, tourists Pakistan were bowled out for 261 in the second session on day five with skipper Babar Azam hitting a valiant 81 in Galle.

The 30-year-old Jayasuriya, a left-arm spinner, claimed his fourth five-wicket haul in just his third Test since making his debut against Australia earlier this month.

Ramesh Mendis, who took five wickets with his off-spin in Pakistan’s first innings, wiped off the tail with four more to trigger Sri Lankan celebrations.

The tourists won the opener with a Galle record chase of 342 and fought hard to outdo themselves, with the in-form Azam scoring his 23rd Test fifty and putting on brave stands with overnight partner Imam-ul-Haq (49) and Mohammad Rizwan (37).

But Jayasuriya kept hitting back with regular strikes and got Agha Salman out for four at the stroke of lunch, then trapped talisman Azam lbw to end Pakistan’s resistance.

Ramesh struck on his first ball of the day to get Imam caught behind, with the left-handed batsman adding just three to his overnight 46.

Jayasuriya, who took one wicket on day four, cut short Rizwan’s stay on 35 with his left-arm spin. Fawad Alam was run out for one.

Azam survived Jayasuriya’s lbw call, which was given out by the umpire but successfully reviewed by the batsman, before the bowler claimed him for the third time this series.

Azam, who began the day on 26 and needed some physio help for lower back discomfort, has been in top form with the bat and scored 119 and 55 in Pakistan’s opening win.

Dhananjaya de Silva, who stood in as Sri Lanka captain with back pain keeping Dimuth Karunaratne off the field, set up victory with his 109 in Sri Lanka’s 360-8 declared.

Sri Lanka ended their innings on Wednesday afternoon with a monumental lead but weather remained concern for the hosts, with play ending early on day three and four due to bad light and rain predicted for Thursday afternoon.

Pakistan fell behind Sri Lanka by 147 runs after being bowled out for 231 in response to the hosts’ first-innings 378.