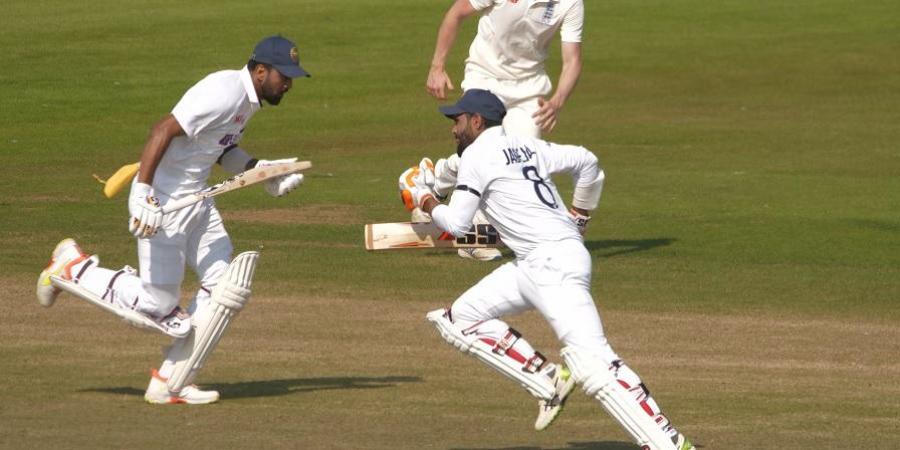 Durham: KL Rahul gave a timely reminder to the Indian team management with a sublime first-class hundred against Select County XI on the opening day of the warm-up game here on Tuesday.

The Indian team, without its regular skipper Virat Kohli (back niggle) and his deputy Ajinkya Rahane (hamstring injury), ended the day at 306 for 9 despite early hiccups, thanks to Rahul’s 101 off 150 balls following which he was “retired out”.

His innings had 11 fours and a six.

Ravindra Jadeja (75 off 146 balls) also played his part to perfection during the 127-run fifth wicket stand with Rahul after top-order failed to make optimal use of proper game time.

Among the quartet, Agarwal looked fluent as he smashed his teammate Avesh Khan, representing the ‘home team’ for a number of boundaries, before pacer Lyndon James castled him.

Pujara played his own game but just after having spent close to 50 minutes before keeper James Rew beautifully stumped him off spinner Jack Carson’s bowling.

Vihari’s impatience in the post-lunch session cost him dearly as he filed to clear the mid-off off left-arm spinner Liam Patterson-White.

But before that, he ensured a that rasping straight drive had caused Avesh a suspected left thumb dislocation.

The other ‘County XI’ player Washington Sundar wasn’s given a single over to bowl.

However the day belonged to Rahul, who dispatched the opposition bowlers to all parts of the ground en route to his 15th first-class hundred.

Initially, he played a lot of shots square off the wicket — there were square cuts off Avesh, back-cut off James using the pace of their deliveries while the drive on the up through mid-off to a Craig Miles delivery was a treat to watch.

When spinners were on operation, left-arm orthodox Patterson-White was hit for a six that soared over deep mid-wicket and went out of the Chester-Le-Street ground.

He went into the 90’s by stepping out and lofting off spinner Carson towards long-off boundary and a back-foot punch off Patterson-White towards mid-wicket boundary got him his hundred.

The century certainly doesn’t ensure a ticket into the playing XI for Nottingham but Rahul has done enough to keep both Pujara and Rahane on tenterhooks as both will be playing to save their Test careers during the upcoming series.

Jadeja also played the second fiddle but didn’t let go the loose deliveries, hitting five fours and a six before Miles dismissed him.

Pacer Miles was the most successful bowler for County XI with three wickets while teammate James and Patterson-White got a couple of scalps each.