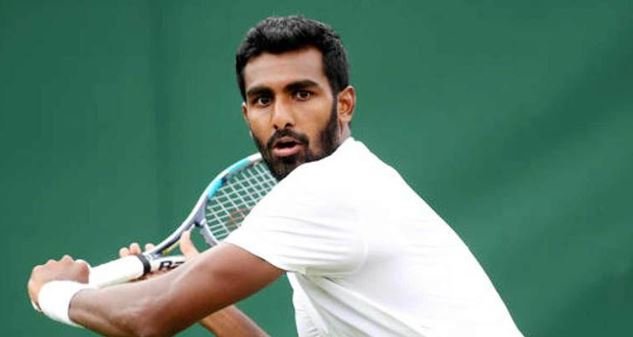 Prajnesh lost 3-6 6-7(5-7) against the Korean at Mhalunge Balewadi Stadium.

Despite losing the first set, the India no. 1 put a brilliant show in an attempt to make a comeback which saw the second set.

However, world no. 88 Soon-woo held his nerves in the tie-breaker to wrap up the match and a place in the last-eight round.

Prajnesh, who entered South Asia’s only ATP Tour tournament with a direct entry in the main draw, denied his opponent match points on a couple of occasions.

With Prajnesh’s loss in the round of 16, India’s challenge came to an end in the singles.

Despite losing the first set, the sixth seeded Duckworth made timely comeback to win the hard-fought second set. However, the Australian had continued the momentum to win the decider easily to complete victory.

In doubles, the pair of Romain Arneodo and Andre Begemann caused a major upset as they knocked out top-seeded pair of Robin Haase and Robert Lindstedt with a thrashing 6-3 6-3 win to enter the semifinals.

However, third seeded Jonathan Erlich and Andrei Vasilevski made their way into the last four round with a 5-7 6-1 10-8 win pver Italian pair of Stefano Travaglia and Paolo Lorenzi.

Record crowd for Federer vs Nadal match in Cape Town