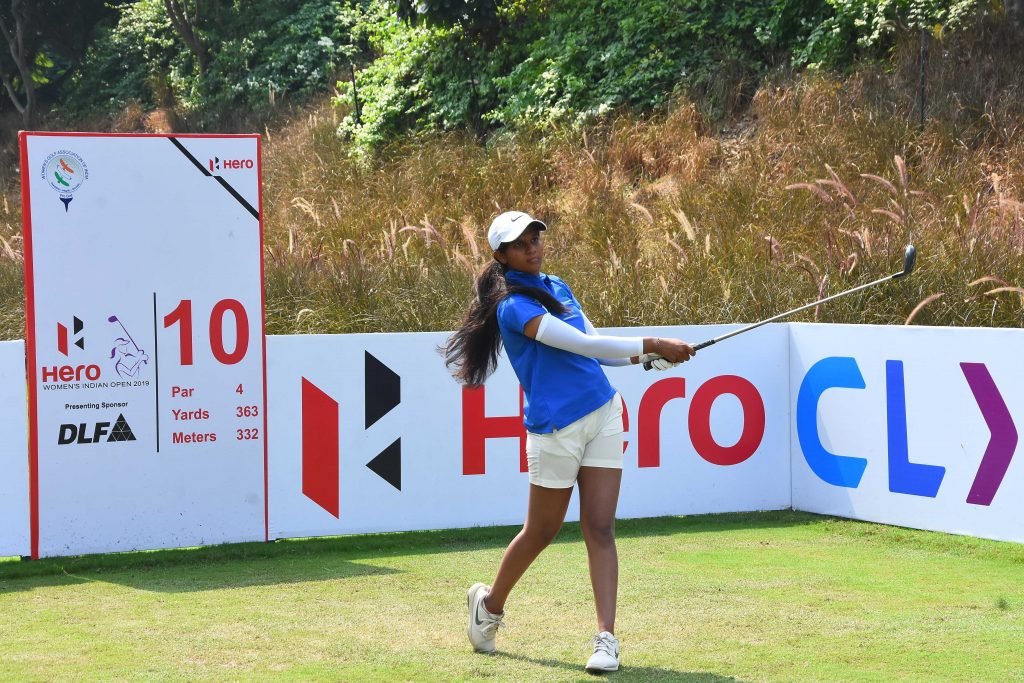 Bengaluru: Pranavi Urs, who has not finished below second position in the first three starts of the Hero Women’s Pro Golf Tour 2020, will be looking to make it three-in-a-row as she tees off in the fourth leg of the Tour at Bangalore Golf Club on Wednesday.

Pranavi, who was second in the opening leg, having lost on the very last hole which she triple bogeyed, went on to win the second leg as an amateur. She turned pro and immediately won last week in Chennai. Now she is looking to make it a hat-trick at the Rs. Nine lakh event.

Pranavi has been in great nick, but will have to overcome nerves in the closing holes as she tends to give away shots at the end. The last two times, her early lead carried her through.

With five of the regular Hero WPGT stars – Diksha Dagar, Ridhima Dilawari, Astha Madan, Tvesa Malik and Gaurika Bishnoi – away in Australia with Aditi Ashok for the Bonville Ladies Classic this week, Pranavi’s main rival will be Vani Kapoor, who is trying to find the form that made her India No. 1 at one stage.

Other contenders will include Amandeep Drall, Neha Tripathi, Ananya Datar, Gursimar Badwal and young Oviya Reddi, who was tied third last week in her best showing on the Tour.

The players will start at 10:00 am from both first and ninth tees at the BGC.

The Par-70 Bangalore Golf Club will play to 6,057 yards from the women’s tees with the front stretch at 3039 yards and the back nine being 3018 yards. It has three Par-5s with two on the front nine and one on the back nine, and all of them measure more than 500 yards.