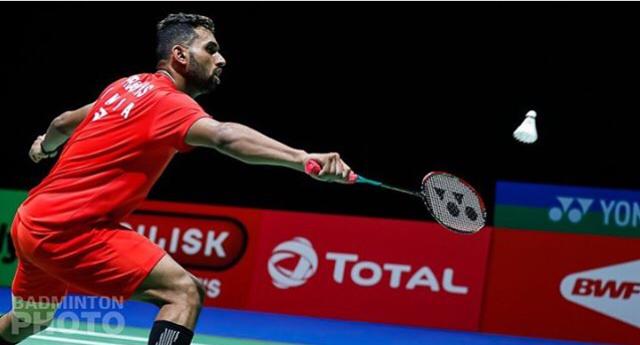 HS Prannoy in action against Lin Dan on Tuesday.

The unseeded Indian beat the highly-decorated Chinese, seeded 11th in the showpiece tournament, 21-11, 13-21, 21-7 in a second round match that lasted one hour and two minutes. current sports news

In the pre-quarterfinals, Prannoy will meet the winner of the second round match between top seed Kento Momota of Japan and Luis Enrique Penalver of Spain. current sports news

Prannoy completely dominated the first game and led all the way after 2-2. The Indian was ahead at 10-5 and then raced to 19-11 before pocketing it.

In five meetings between the two, Prannoy has emerged victorious thrice. The Chinese won in the last meeting, at the Australian Open in June.

Lin, who had also won gold in the 2008 Olympics, apart from seven World Championships titles, roared back in the second game. They were tied 5-5 but from there on, the Chinese legend did not give any chance to Prannoy as he easily won the second game to take the match to the decider.

Prannoy, however, was not going to be intimidated by the reputation of the former world number one. The Indian reserved the best for the last and just like the first game, Prannoy left Lin far behind after 4-4 and won the deciding game easily to wrap up the match.

In the women’s doubles, the Indian pair of Ashwini Ponappa N Sikki Reddy got a walkover from Chinese Taipei’s Chang Ching Hui and Yang Ching Tun in their opening match. They will face seventh seeded Chinese pair of Du Yue and LI Yin Hui in the second round.