Prasidh Krishna recovers from COVID-19, to join India team on May 23 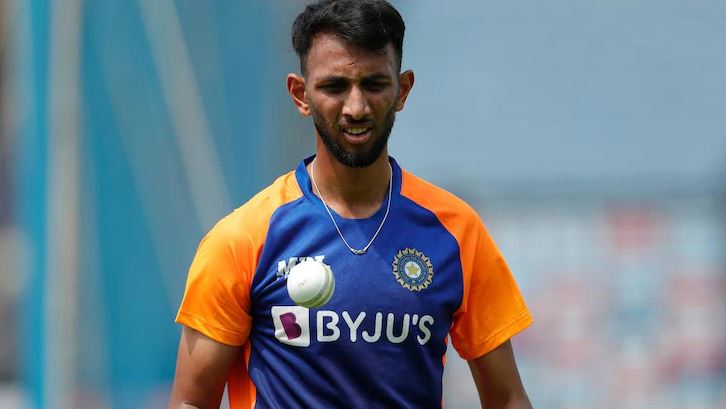 New Delhi: Fast bowler M Prasidh Krishna, who is part of India’s extended squad for Test matches in England, has recovered from Covid-19 and will depart for Mumbai from Bengaluru on May 23.

“He has recovered from Covid-19, is in Bengaluru at the moment at his home and will be leaving for Mumbai on May 23,” a source aware of the development told IANS.

Krishna, who represents Kolkata Knight Riders (KKR) in the Indian Premier League (IPL), was one of four KKR players to test positive during the IPL that was postponed following a breach of bio-bubble that saw four teams get affected by the virus.

The pace bowler is supposed to travel to England as one of the four standby cricketers along with fellow pacers Avesh Khan and Arzan Nagwaswalla, and batsman Abhimanyu Easwaran.

Apart from Krishna, Varun Chakravarthy, Sandeep Warrier and New Zealander Tim Seifert were the other KKR players to test positive.

All these three players have also recovered with Seifert returning home to New Zealand.

A right-arm pace bowler, Krishna made his international debut during the ODI series against England in March and picked six wickets in three matches.

The Indian men and women’s teams are expected to leave for England from Mumbai on June 2 in a charter flight.

Yuvraj Singh upset at not getting regular chances in Test cricket

WTC final: Test against NZ to be first at neutral venue for India