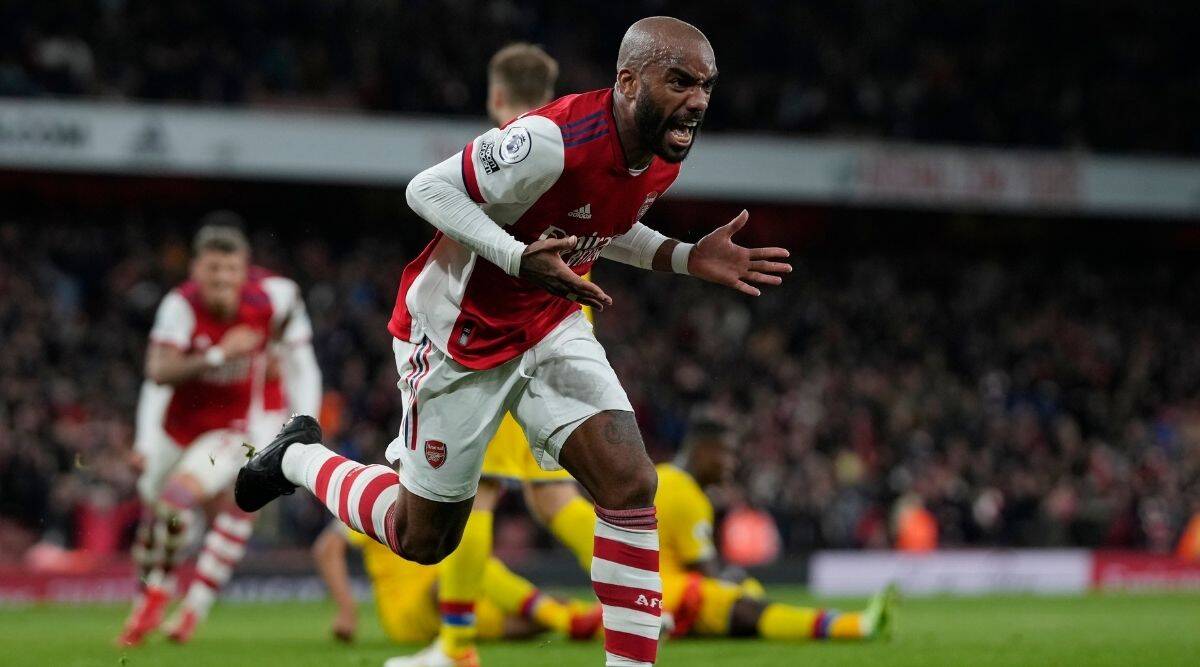 New Delhi: Substitute Alexandre Lacazette struck with the last kick of the game to give Arsenal a rollercoaster 2-2 home draw with Crystal Palace in the Premier League on Monday after the visitors had fought back from a goal down. Superb second-half goals from Christian Benteke and Odsonne Edouard had turned the match on its head after Pierre-Emerick Aubameyang gave Arsenal an early lead but Palace was denied a win as Lacazette netted at the death.

The French striker, who came on as a second-half substitute, was delighted after his goal denied Palace manager Patrick Vieira, Arsenal’s former title-winning captain, a win in his first game in charge against the Gunners.”The main thing was to avoid a loss,” Lacazette told Sky Sports.

“We wanted to win, we started well but then we stopped playing. I think this is something we have to work on in the future.”We showed we have character. Even when we are down we don’t give up.”Aubameyang tapped in an eighth-minute rebound from close range after visiting goalkeeper Vicente Guaita parried a Nicolas Pepe shot but falling behind only spurred the visitors into action at the Emirates Stadium.

Benteke levelled in the 50th minute as he unleashed a scorcher into the bottom corner from 15 meters and after both sides missed chances in end-to-end action, Edouard struck with an effort of the highest quality. The French forward, who joined Palace from Celtic during the close-season, capped a flowing breakaway move in the 73rd with a fierce shot from the edge of the penalty area which crashed in off the underside of the bar.

Palace seemed home and dry after Arsenal left-back Kieran Tierney blasted a shot from a tight angle into the woodwork but were punished for some sloppy defending deep into stoppage time.A long throw-in produced a corner for Arsenal and after Palace failed to clear it and an ensuing goal-mouth scramble, Lacazette kept his wits and drilled in the equaliser past Guaita from close range. Palace midfielder Conor Gallagher was thoroughly disappointed. ”Honestly, it’s so horrible,” he said.

It feels worse than a defeat if that’s possible. Nothing is worse than thinking that you’ve got the three points and have it taken away from you.”The result stretched Arsenal’s unbeaten league run to five games and left them 12th in the standings on 11 points from eight games while Palace is 14th three points behind them.