Pressure on spinners, Ruturaj as India take on South Africa in must-win game 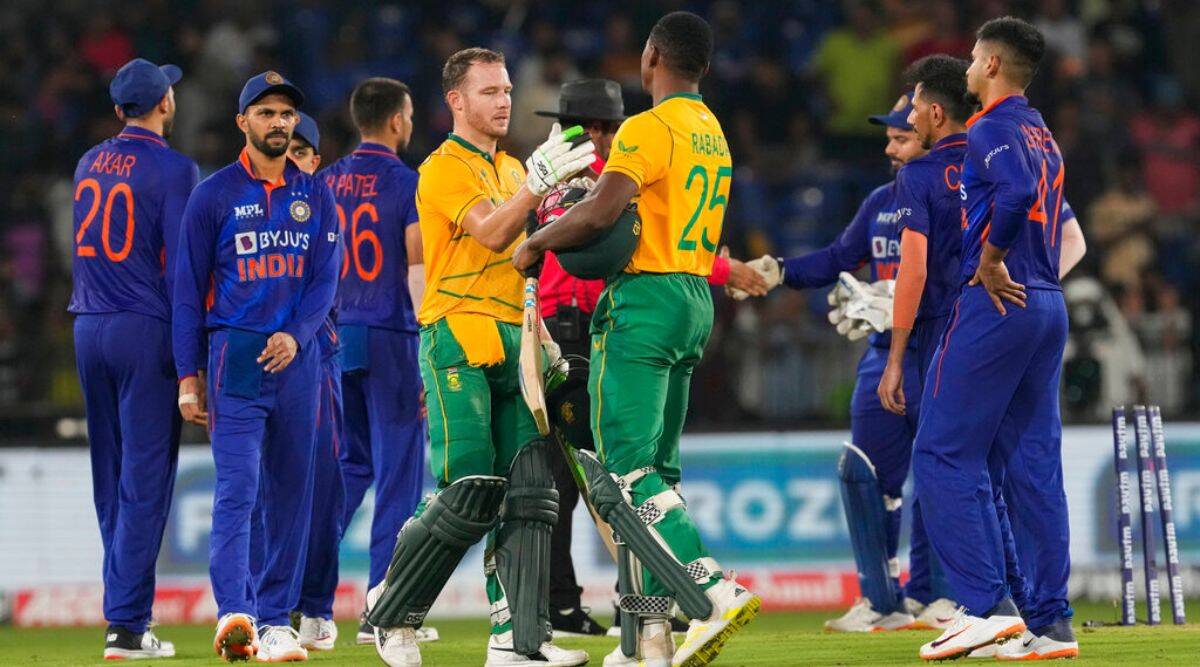 Visakhapatnam: Under-performing spinners, an out-of-form opener and his own poor show skipper Rishabh Pant will have a lot on his mind when India take on a buoyant South Africa in the third T20I on Tuesday in their bid to keep the five-match series alive.

India came into the series on a 12-match winning streak but South Africa took the wind out of India’s sails with two crushing defeats.

Pant’s side is now struggling on multiple fronts and it would take a herculean effort to plug all the holes with just one day between the second and third game.

If bowling let India down in the first game, a poor batting show cost them the second match and now they have their backs to the wall.

Strike-rate woes for Ruturaj, Iyer India’s batting left a lot to be desired with the openers failing to give the team a good start in the powerplay.

While Ishan Kishan has done well so far, Ruturaj Gaikwad (23, 1) has pulled the team down with questions being raised over his technique against quality pacers and his ability to force the pace early on.

Shreyas Iyer too has looked vulnerable against the fast bowlers and even though he has got starts, he hasn’t been able to capitalise or push the run-rate, putting pressure on the next line of batters in the middle-order.

Hardik Pandya, who was in sensational form for Gujarat Titans in the IPL, produced some big hits when the team was in a comfortable position in the first T20 but he couldn’t get going on the two-paced Cuttack track.

He also failed to impress with the ball and has leaked 49 runs in the four overs that he bowled across the two matches.

As someone, who is touted as a future leader, Pant has not inspired enough confidence with his leadership abilities.

His decision to promote Axar Patel over designated finisher and the experienced Dinesh Karthik in the second game was baffling, to say the least.

Going into the World Cup in Australia later this year, a lot will be expected from the wicketkeeper batter, who can win matches single-handedly and he will look to produce an inspired show on Tuesday.

Uninspiring show by Chahal & Axar in bowling, the spin duo of Yuzvendra Chahal and Axar Patel have been a big letdown as they went for 75 and 59 in six and five overs in the two matches and the axe is likely to fall on one of them going into the third game.

Chahal, who was the purple cap holder in the IPL, and Axar were put under the pump with the likes of David Miller, Rassie van der Dussen and Heinrich Klassen feasting on their pedestrian bowling.

With the duo flopping, it needs to be seen whether the team management gives young leggie Ravi Bishnoi or allrounder Venkatesh Iyer, who also opens for Kolkata Knight Riders in IPL, a chance in the middle.

The hosts, save Bhuvneshwar Kumar, have looked bereft of ideas of getting breakthroughs as India picked just four wickets in the opening game and six in the second match with the leading seamer from Meerut doing most of the damage.

Indian bowlers have the propensity to concede runs in a heap in one or two overs which completely undo the work done in the previous overs and they will need to tighten their game to salvage hopes of saving the series.

India’s think-tank might also look to unleash the express pace of Umran Malik on South Africa or get Arshdeep Singh in place of Avesh Khan, who is yet to take a wicket in the series.

South Africa, on the other hand, have looked like a well-oiled machine with both their bowlers and batters working in partnerships.

If Miller and van der Dussen took it away with a stellar show in the first T20, comeback man Klassen proved to be the difference on Sunday with his fluent 81-run innings on a tricky wicket.

In bowling, the likes of Kagiso Rabada, Anrich Nortje and Wayne Parnell have hunted in a pack.