Primary target is to get KKR pacers 'up to speed', says bowling coach Kyle Mills 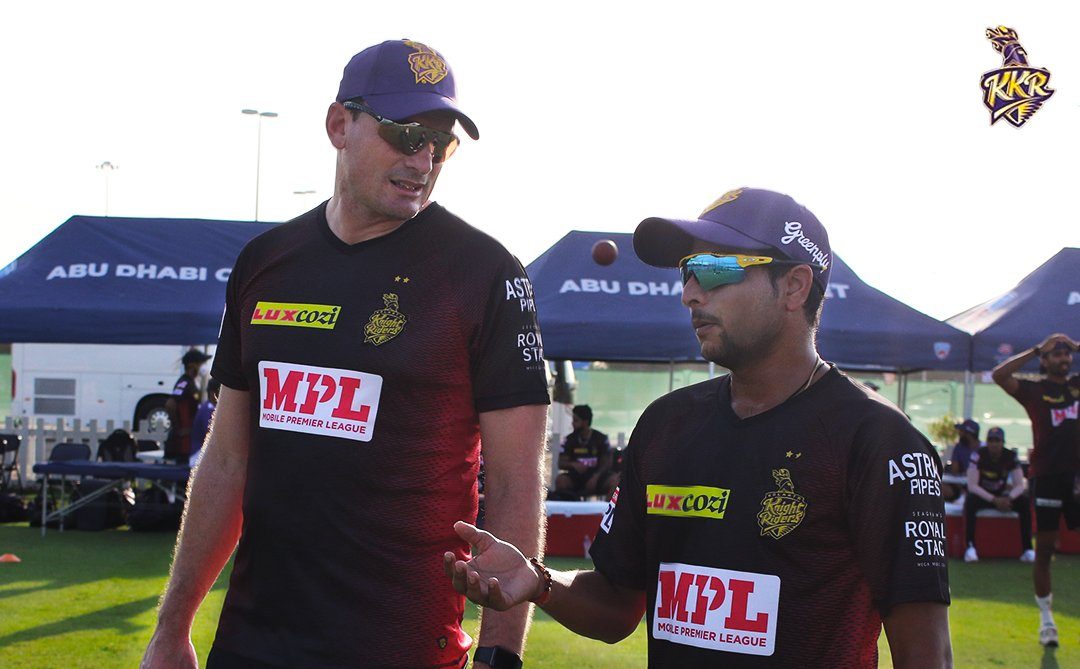 Abu Dhabi: Kolkata Knight Riders (KKR) bowling coach Kyle Mills feels the team has a good blend of young players and experienced ones that will bode well for them in the upcoming Indian Premier League (IPL) season.

Mills, the former New Zealand pacer, has joined the squad after completing his quarantine.

On his first day at the job, Mills was seen working closely with Omkar Salvi, the assistant bowling coach, and Abhishek Nayar, KKR’s assistant coach, to set a plan for the season for the team’s bowling unit.

“It feels great on a couple of things. I am out of quarantine. So, it’s good to be out of my room and to be finally engaged with the team. Obviously, I have watched a lot of (KKR) matches on Youtube in the last couple of years and also in the lead-up to the auction,” Mills told kkr.in, the franchise’s official website.

Our new bowling Guru, @kylemills79, is looking forward to working with Assistant Coach Omkar Salvi to prep the boys for a one of a kind #Dream11IPL season in the UAE 💯#HaiTaiyaar #AbuDhabi pic.twitter.com/pTjK58bde4

“But it’s great to get down on the ground and have those one-on-one chats. It’s my first day, so I’m really still building those relationships with the boys. We still have about three weeks before we get into it (IPL). So, that’s nice.”

Talking about the players and how they have been doing the lockdown period with not much cricket to play, Mills said: “The boys had been in lockdown and didn’t play any cricket. These are whole different dynamics we are experiencing. So, we have to get the guys up to speed.

“Some young guys had injuries in the past. These young lads are eager and keen, so I need to tell them to calm down. It’s just the first week on the ground. We need to build them up to their first game. Match techniques will come into play from the next week onwards.

“Omi (Omkar Salvi) has been fantastic because he has been on the ground in India and I have been in New Zealand. Abhishek has been great as well. He has great knowledge of the game and local players in India. He is a vastly experienced First Class cricketer. These two have been instrumental for me to get up to speed with the local boys.”

“It’s exciting because these youngsters don’t have too many scars. They haven’t had too many lows. Young lads keep bringing in fresh approaches to any environment.

“So, it’s exciting to be coming into this group for the first time, surrounded by some young local boys and some heavy overseas guys as well like Pat Cummins, Lockie Ferguson, Sunny (Sunil Narine), and Andre (Russell). So, there is a lot of talent there,” he added.

Mumbai Indians to take on CSK in IPL 2020 opener: BCCI