Pujara came with an intent to score runs and showed his character: Rohit 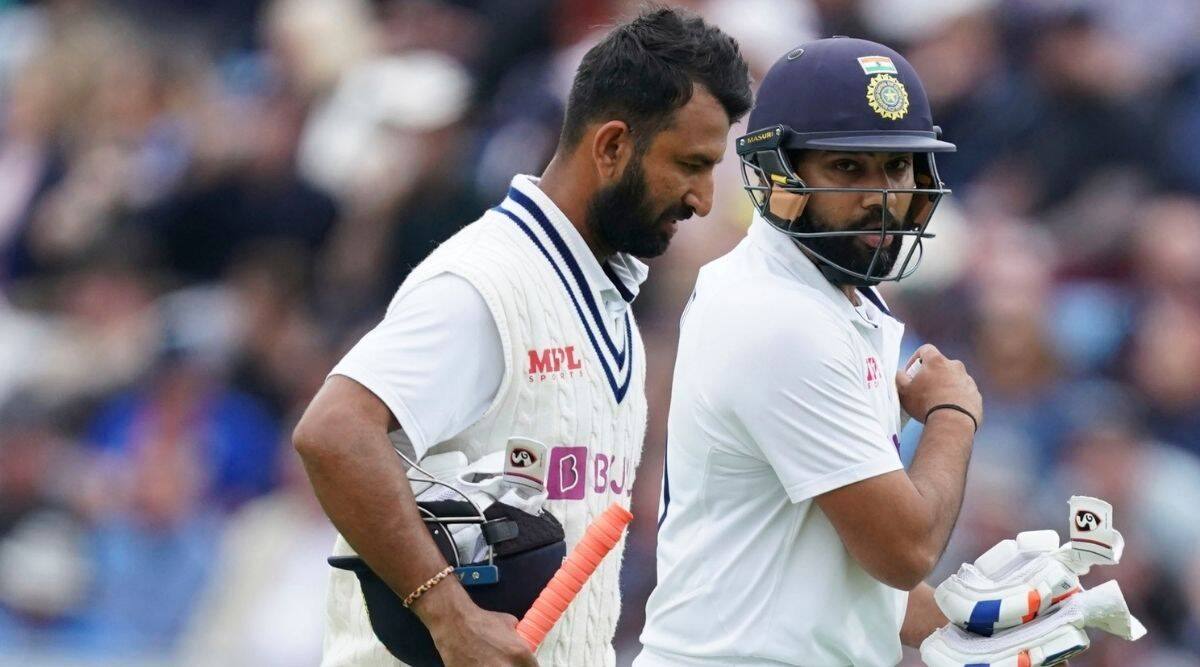 Leeds: India’s senior opener Rohit Sharma believes that a player of Cheteshwar Pujara’s stature doesn’t need to be told anything about his batting and the innings of 91 not out in the third Test against England showed his “intent” and “character”.

By stumps on the third evening, India reached 215 for two in their second innings courtesy Pujara and Rohit, who scored a half-century while skipper Virat Kohli was also closing in on his milestone.

“You are talking about someone who has played 80-odd Test matches. I don’t think anything needs to be shown (to him) before Test matches.

“Yes, there are times to go and show all of that but during Test matches, there isn’t time to go into the detail of what you are doing and what you want to do as a batter,” Rohit told mediapersons when asked if Pujara was shown old video clips of his batting.

The much talked-about word whenever Pujara comes in to bat is “intent” and Rohit felt that their number three batsman has that in abundance.

“Pujara definitely came with an intent to score runs and this innings of ours was never about survival,” said Rohit, who himself scored 59.

“We came with an intent to score runs. Pujara clearly showed that. Anything loose he pounced and that showed he had intent in his batting. He showed that any loose deliveries won’t be spared.”

Rohit acknowledged that Pujara went through a rough patch, adding that this innings showed his character.

“Of course, of late, the runs haven’t come but that doesn’t mean that quality of Pujara has gone missing. You must have seen today that it wasn’t the easiest of situations to go in when you are 300 odd behind.

“And to bat the way he batted showed the character and mindset of an individual as well. Someone who has gone everywhere and scored runs.”

However, Rohit also admitted that with 139 runs still in arrears, India are still in danger and wants Pujara to bat well on the fourth day also.

“From his perspective, he has done well but the team’s job is not done yet. We have a crucial couple of days coming, and hopefully, he can put his head down and keep batting like the way he does.”

The criticism of Pujara, according to Rohit, has been an external thing as the team very well knows his value.

“To be honest, there hasn’t been any talks. Talks are happening outside. We know his quality and experience and I don’t think we need to have much of a discussion.

“If you talk about recent performance, yes he has not scored runs but we saw a crucial partnership between him and Ajinkya at Lord’s.

“Not to forget what he did in Australia. He played those crucial knocks for winning the series in Australia.”

The stylish batsman urged people not to have a short memory when it comes to achievers.

“Sometimes our memories are shortened and we need to think what the guy has done over the years. It’s not about one or two innings or series. His overall performance needs to be considered when we talk about someone like him.”

About his own dismissal, which was a tight leg before call, Rohit maintained that he wasn’t disappointed at not reaching three figures.

“That’s (hundred) last thing on my mind. What’s going on in my mind is how I can get my team in a good position. How I can create a good partnerships. Three figure will happen if it has to happen.”

Rohit accepted that India batted poorly in the first innings.

“Yes, they bowled some good balls but it was definitely not a 78 all out pitch. As a batting unit, we batted poorly and we accept it. As simple as that. We accept that and took corrective measures and that’s why we are in this position.”

As far as the gameplan is concerned, Rohit made it clear that the team’s first target is to score those 139 runs and erase the deficit and then think about the target.

For Rohit, the aspect of spending time at the crease is as important as scoring runs as both are linked.

“I always knew about the challenges and thus tweaked my batting. When you bat, you need to score runs but for me spending time at the wicket is also important. More you bat, easier you feel when it comes to tackling the conditions.

“The English pacers don’t generally miss the length and you feel like playing a shot but you need to respect the situation. You know instinctively when is the time to hit the runs. You ave to mix and match and wait for the opportunities to play your shots,” he said.