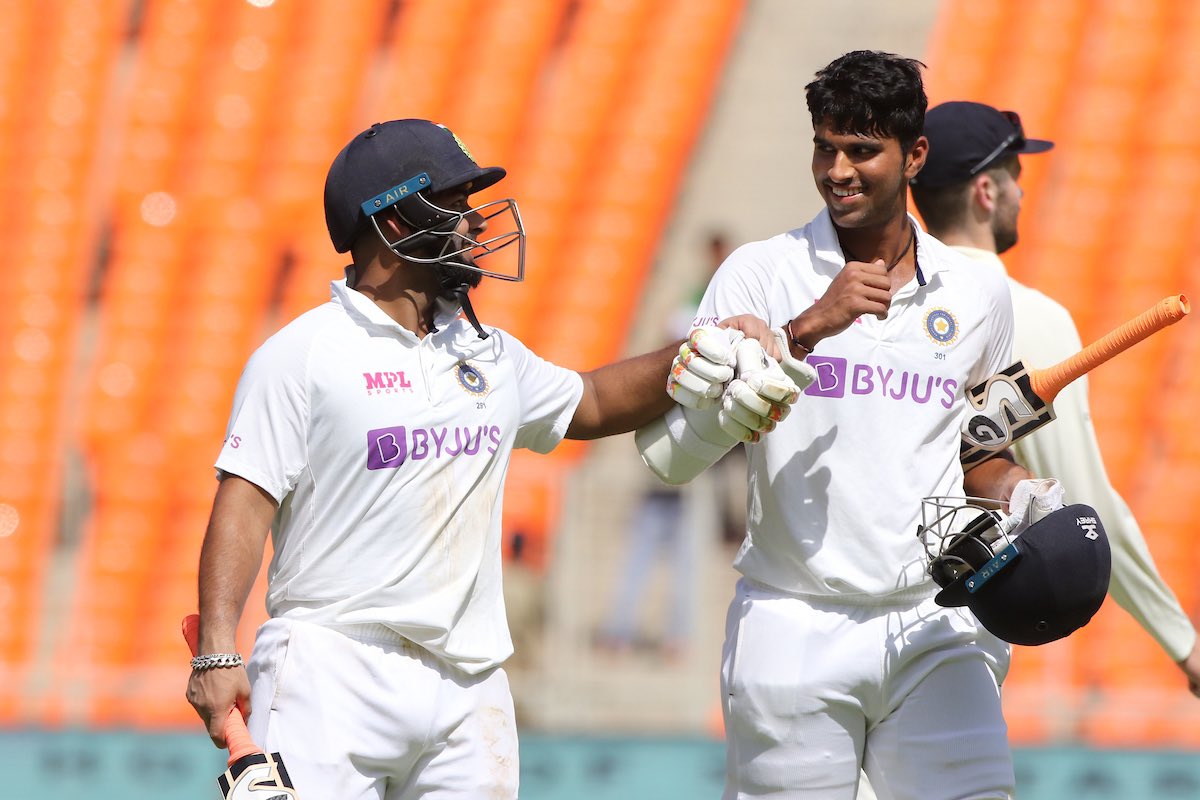 Ahmedabad: At 153 for six wickets at tea on the second day of the fourth and final Test, the sparse crowd at the Narendra Modi Stadium here was silent with the top six out of the seven Indian batsmen gone and England primed to take lead. There were a few fans who had begun leaving.

Opener Rohit Sharma, Indian batting’s lone ranger in this series, had been dismissed one short of a half-century and R Ashwin was the sixth man out, leaving Rishabh Pant, Washington Sundar, and Axar Patel as the only ones with batting ability available.

They, however, were enough to bring India back.

A complete carnage ensued post tea as Rishabh Pant (101 off 118 balls, 13x4s, 2x6s) dominated a tiring and limited England bowling line-up. India scored 141 runs in the third session and lost just one wicket, and ended the second day at 294 for seven wickets — a lead of 89 runs. They still have three wickets in hand. England had made 205 in first innings.

Things hadn’t begun well for India as they lost Cheteshwar Pujara — falling fourth time to Jack Leach in the series, skipper Virat Kohli, and Ajinkya Rahane in the first session.

Sharma and Pant added 41 before the former was dismissed leg-before by a Ben Stokes delivery that came in sharply. Stokes had earlier got rid of Kohli as well with a delivery that rose sharply. Ashwin followed soon after.

Then Pant opened up, taking the bowlers apart. Off-spinner Dom Bess, who was more of a liability, proved to be the most expensive. Even Ben Stokes wasn’t spared. The right-arm pace bowling all-rounder had bowled very tightly up until then.

The partnership between the India wicketkeeper-batsman and Sundar was worth 113 runs in 26 overs.

The first 50 of their partnership took 100 balls whereas the second fifty of the stand took just 46 balls.

Even Stokes wasn’t spared. England, who played just three specialist bowlers in James Anderson, Leach and Bess as well as all-rounder Stokes, were tired and had no bowling options.

Out of desperation, skipper Joe Root too was forced to bowl 14 overs, conceding 46 runs.