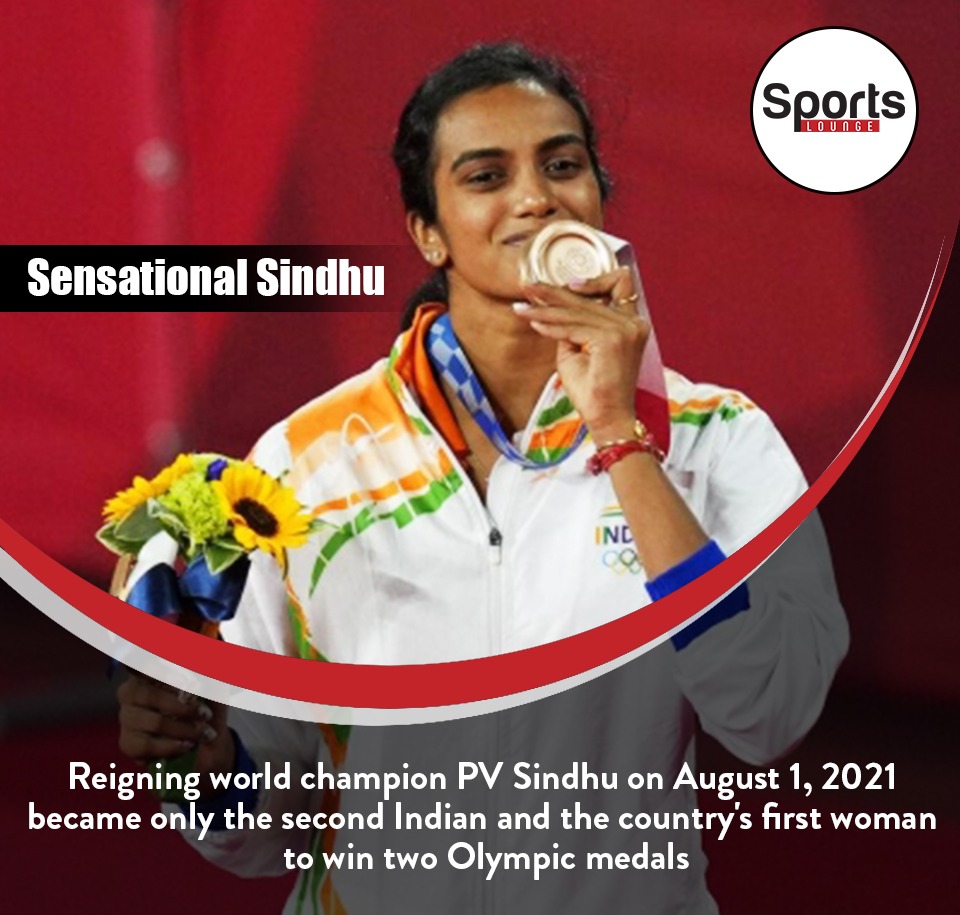 You did it @Pvsindhu1👏🙌🥉
Back to back Olympic medals for PV Sindhu! Defeats Bing Jiao to be the 2nd Indian athlete to win 2 individual #Olympics medals. #RukengeNahi #EkIndiaTeamIndia #Cheer4India pic.twitter.com/YfXDvPTpzg

After winning, Sindhu said, “I was very young then (when she won silver in Rio). People did not have much expectations. I was a newcomer. This time, it was normal that there was more pressure, responsibility. This was very different because years have gone by. Experience wise, game-style wise, a lot has happened in between. Getting a medal here is a wonderful moment for me.”

“There’s a lot of effort that has gone into this. When it pays off, you feel like you are on Cloud 9,” said Sindhu.