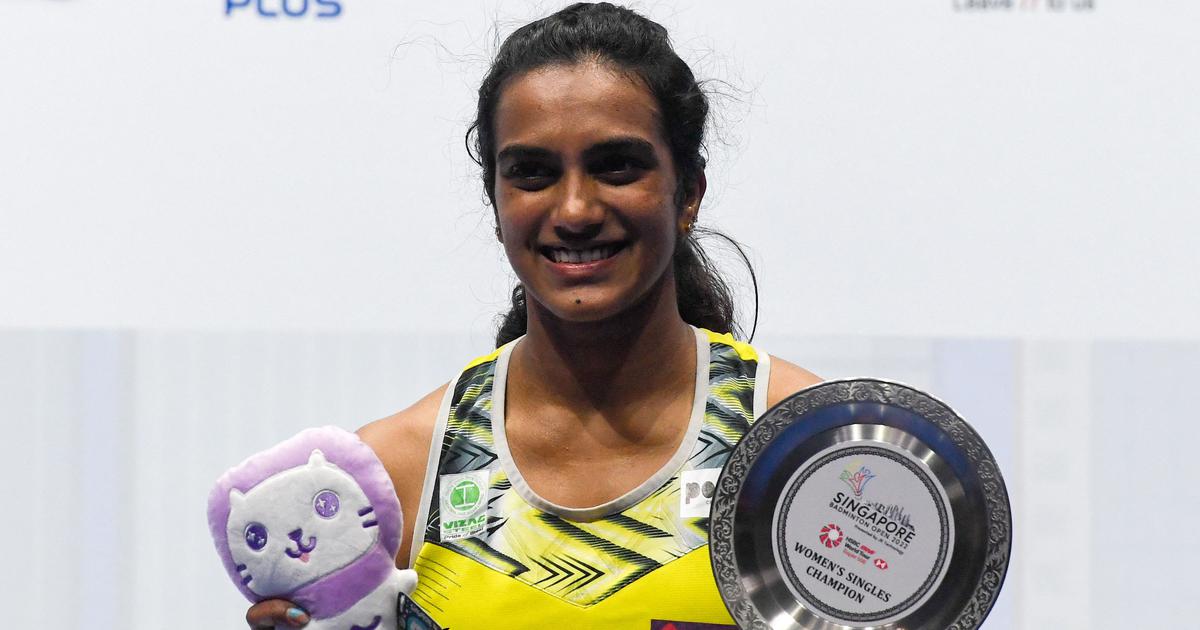 In the hard-fought title clash, Sindhu managed to stay strong in the key moments to come up trumps 21-9 11-21 21-15 against the 22-year-old Wang, the reigning Asian Championships gold medallist.

The title run will be a big boost for Sindhu, who will leading the Indian charge at the Commonwealth Games, starting July 28 in Birmingham.

This was her third title of the season — having won two Super 300 crowns in Syed Modi International and Swiss Open — and an addition to her brimming cabinet which has a gold, two silver and two bronze medals from the World Championships besides two Olympic medals.