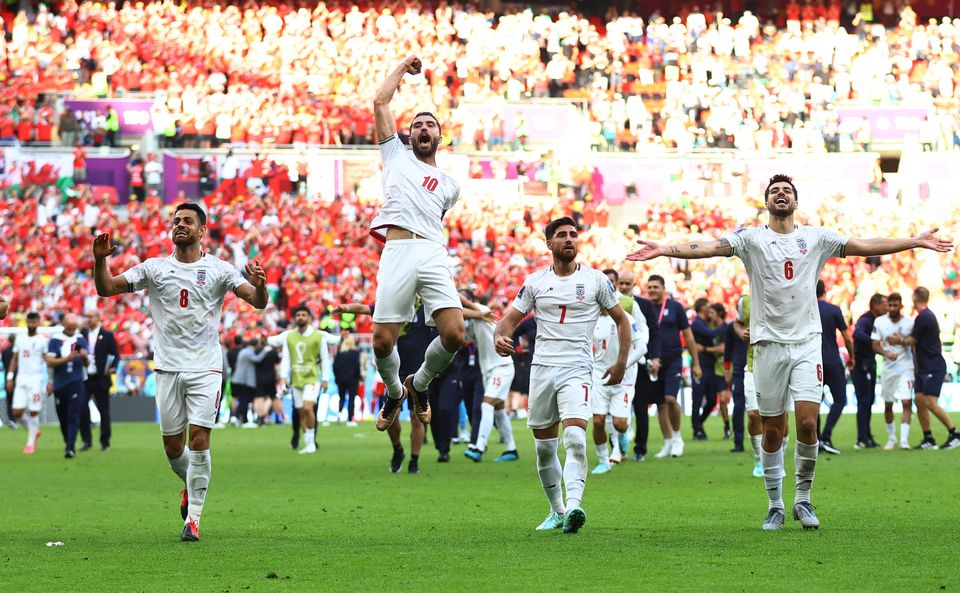 Al Rayyan: Rouzbeh Cheshmi scored in the eighth minute of second-half stoppage time to break a scoreless stalemate and Iran went on to defeat Wales 2-0 at the FIFA World Cup on Friday.

Cheshmi’s strike from outside the box was just beyond the diving reach of Wales backup goalkeeper Danny Ward, who was pressed into duty when starter Wayne Hennessey was sent off in the 86th minute.

Ramin Rezaeian added a second goal moments later and Iran wildly celebrated while some of the Welsh players dropped in disbelief to the field.

Hennessy was ejected in the 86th minute for a high challenge on Mehdi Taremi.

Gareth Bale made his 110th appearance for Wales, the most all-time for the national team, but the Welsh appeared sluggish early after a 1-1 draw with the United States in their Group B opener.

Iran, which fell 6-2 to England in its opener to fall to last place in the group, fared better against Wales.

But outside Ahmad bin Ali Stadium, the ongoing protests in Iran spilled over to the World Cup with pro-government fans harassing anti-government national team supporters.

Wales was making just its second overall appearance at the World Cup and first since 1958.

Bale, who played for Major League Soccer’s LAFC this past season, remained stuck on 41 goals for the national team, despite surpassing teammate Chris Gunter (109) for most all-time appearances.

Iran goalkeeper Ali Beiranvand was ruled out of the game after he sustained a concussion in the opener. Hossein Hosseini started in his place.

Iran, which qualified for the last two World Cups, has never advanced to the knockout round.

The Iranian team has been peppered since its arrival in Qatar with questions about unrest back home. The players, who did not sing the country’s national anthem in their opener in an apparent show of solidarity with protestors, linked arms and sang on Friday.

The two teams had never played each other at a World Cup. Wales won their only friendly match 1-0 in 1978.