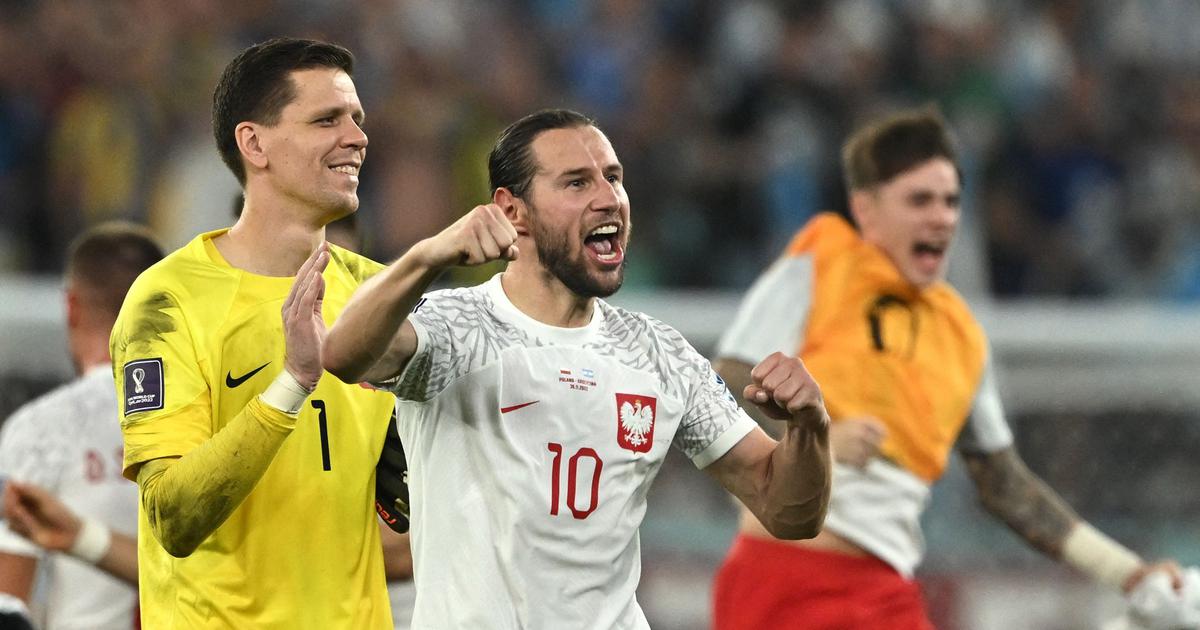 Lionel Messi had a penalty saved but Argentina still advanced to the last 16 of the FIFA World Cup as Group C winners after a 2-0 victory over Poland on Wednesday.

Poland also went through as runners-up although a 2-1 win for Mexico over Saudi Arabia in the group’s other game meant Czeslaw Michniewicz’s side advanced only on goal difference.

Argentina had been unable to find a way past Wojciech Szczesny in an opening 45 minutes in which the Poland goalkeeper saved his second penalty of the tournament.

Szczesny was adjudged to have fouled Messi while stretching to reach a cross, but he dived to his left to beat away the resulting spot-kick.

It was the 31st penalty Messi had failed to convert in his career.

Instead it was left to Szczesny to take centre stage for the Poles, denying Messi with two crucial early stops.

First Messi wriggled clear of a pack of defenders before producing a shot that flew straight at the keeper.

Then he found space to charge into the Polish box down the left, forcing Szczesny to make a save at his near post.

Argentina continued to create better chances in the first half and Marcos Acuna flashed a shot wide after Alvarez had also gone close to breaking the deadlock.

Szczesny had to scramble to stop Angel di Maria scoring direct from a corner, before the goalkeeper was again called into action to deny Alvarez.

Szczesny outdid himself when he dived to his left to stop Messi’s penalty in the 39th minute.

He still had more to do before the half-time whistle, punching away a shot from Alvarez before saving the follow-up from Rodrigo de Paul.

There was nothing he could do when Mac Allister broke the deadlock less than a minute after the interval.

Nahuel Molina charged down the right, then cut the ball back for Mac Allister to drill just beyond Szczesny’s reach.

The goal forced Poland to show some belated attacking ambition and Kamil Glik headed just wide from a free-kick almost immediately after the restart.

Argentina continued to go in search of more goals and Alvarez scored their second after combining well with Enzo Fernandez.

Fernandez, making his first start for Argentina, picked out his team-mate, who held off a defender before lashing the ball past Szczesny.

Poland were still walking a tightrope with yellow cards potentially crucial to their chances of reaching the last 16.

Grzegorz Krychowiak went into the book in the 83rd minute but a late goal for Saudi Arabia against Mexico saw the Poles safely through on goal difference.

Second-half goals from Henry Martin and Luis Chavez secured victory for Mexico but they finished third behind Poland after Salem Al-Dawsari’s late strike.

Mexico desperately pushed for a third goal in an effort to improve their goal difference as they faced elimination on FIFA fair play rules.

Saudi Arabia’s win over Argentina in their opening match was one of the World Cup’s great upsets, but they crashed back down to earth with a 2-0 loss to Poland in their second game.

Coach Herve Renard urged his players to show that was no flash in the pan and write themselves into Saudi football history by reaching knockout rounds for the first time since 1994.

Having failed to win either of their first two group games for the first time in 44 years, Mexico knew victory was essential if they were to stand a chance of reaching the last 16 at an eighth successive World Cup.

Mexico boss Gerardo Martino ditched the back five he used in the 2-0 loss to Argentina and brought in Martin to lead the attack.

It almost reaped immediate rewards but Saudi goalkeeper Mohammed Al-Owais raced out to block Alexis Vega after he was slipped in behind the defence by Hirving Lozano.

Al-Owais, one of the heroes of the 2-1 win over Argentina, tentatively palmed away a bouncing cross ahead of a lunging Martin and held weak attempts by Chavez and Orbelin Pineda.

Mohamed Kanno whipped a free-kick just over for Saudi Arabia, who saw defender Ali Al-Bulayhi forced off with injury – adding to their mounting casualty list.

Mexico continued to attack without success and Ali Al-Hassan nearly sent the bulk of the largely Saudi crowd wild late in the first half with a diving header that flashed wide of the far post.

Chavez tested Al-Owais right after the interval and Martin soon broke the deadlock as he turned in from close range following Cesar Montes’ clever flick-on at a corner.

Keeping an eye on the score between Argentina and Poland, Mexico pushed relentlessly for a third goal, with Lozano’s effort ruled out for a tight offside.

Martin blazed over when he had a glorious chance and Chavez had another free-kick turned away by Al-Owais, who also sprawled to his right to claw out a drive from Lozano.

Uriel Antuna then had another goal disallowed for offside before Al-Dawsari’s late strike put an end to the drama.