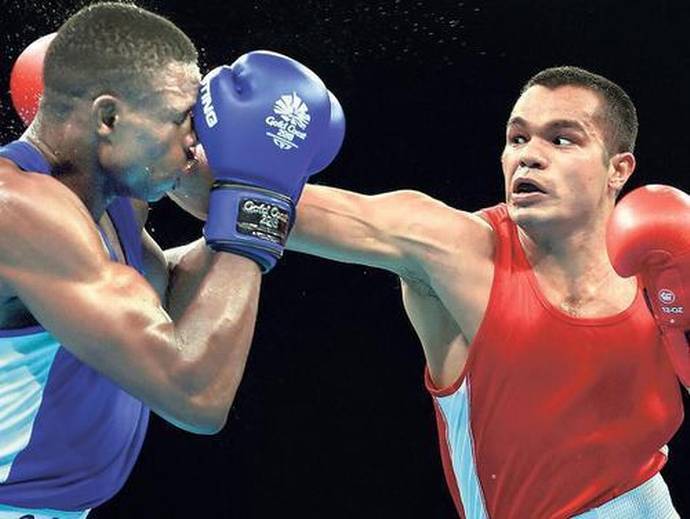 New Delhi: Indian boxers will resume formal camp training from Monday following the end of their isolation period this weekend even as the Sports Authority of India (SAI) pardoned the pugilists who stirred up a storm by “unintentionally” breaking the COVID-19 quarantine protocol.

The boxers and coaches, including world silver-medallist and top Olympic medal contender Amit Panghal, have been in isolation at the National Institute of Sports (NIS) Patiala campus after testing negative for COVID-19 following a third round of testing.

“The formal training will resume from Monday. Everything is in order now. For the time being, there would be no sparring and no access to the ring as mentioned in the SAI SOP,” a coach attached with the boxers said.

The third coronavirus test was necessitated after the Olympic-bound duo of Vikas Krishan and Satish Kumar violated quarantine protocol a few weeks back.

They were asked to leave the camp after complaint was lodged against them by fellow athletes at NIS.

The women boxers, barring top names like six-time world champion M C Mary Kom and the fast-rising Lovlina Borgohain, are also in Patiala for the joint camp which is being organised only for the Olympic-bound and those with a strong chance of making the cut for Tokyo.

Both Mary Kom and Borgohain are training at their respective homes in Delhi and Assam.

“The camp was optional given the circumstances. So it is up to the boxers to join or not. It should be going ahead smoothly,” a top federation official said.

In another development, the SAI’s enquiry committee headed by its secretary Rohit Bharadwaj, which was instituted to probe the breach by Vikas and Satish, concluded that the indiscretion was not intentional.

The two have been permitted to join back the camp. Both the boxers are currently in Bellary’s Inspire Institute of Sports, which has been founded by JSW Sports.

“During the enquiry, the boxers admitted that they have breached the quarantine protocol,” read a SAI statement.

“Enquiry has found that it was not an intentional breach, but lack of awareness on the part of the boxers about the quarantine rules that they were required to follow,” it added.

“…above being unusual circumstances where all quarantine and SOP rules are new to athletes, it has been decided that they will resume training at the camp.”

SAI has also decided that a weekly review will be held with members of the COVID task force and Hygiene Officer of every centre, beginning with Patiala and Bengaluru on an immediate basis.

The boxers have been in Patiala since the beginning of this month.

“He is absolutely fine, hasn’t shown any symptoms and hopefully will soon test negative,” a federation official said.