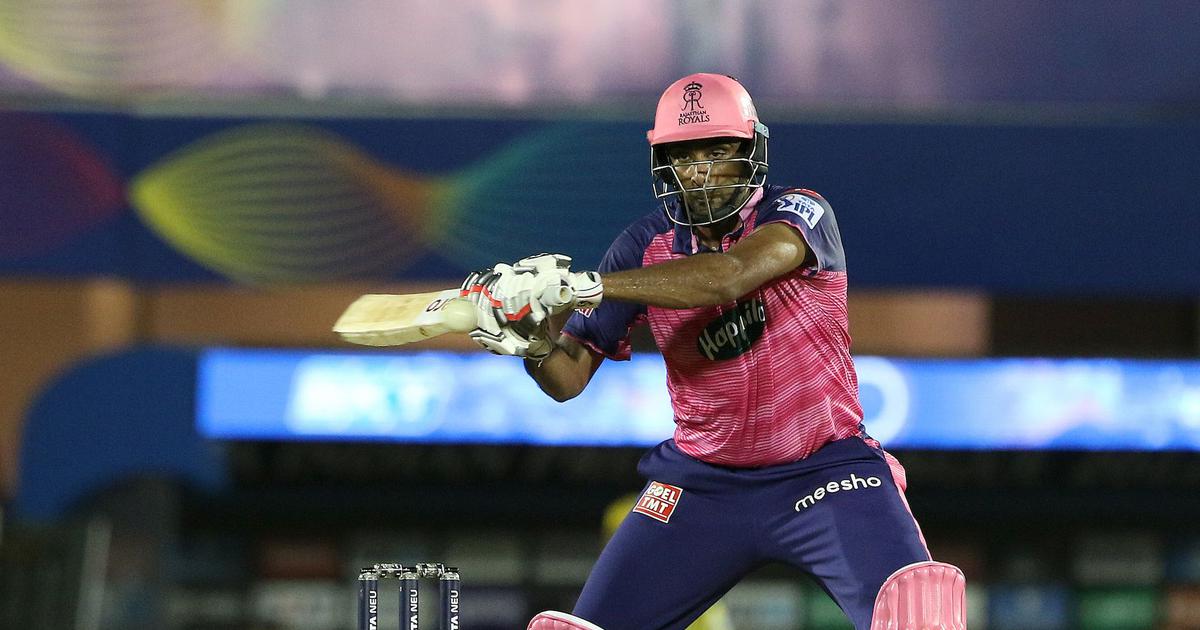 Ashwin, promoted in the middle-order not for the first time this season, hit two fours and three sixes to hand a five-wicket win to Rajasthan, who were chasing Chennai’s 150-6 after skipper Mahendra Singh Dhoni won the toss and chose to bat first.

Indian off-spinner Ashwin also took 1-28 and eclipsed an all-round performance by England’s Ali who gave a perfect start to his team with 57-ball 93 and 1-21 in his four over spell.

While Dhoni-led Chennai were already out of the Indian Premier League, a top-2 finish ensures Rajasthan gets two shots at winning the trophy in the business-end of the tournament. They will take on Gujarat Titans in Qualifier 1 in Kolkata.

Buttler was the only one of five Rajasthan wickets to fall to pace. Samson fell to New Zealand’s Mitchell Santner and was quickly followed by Devdutt Padikkal (3) who fell to Ali’s spin.

Shimron Hetmyer scored seven and fell to rookie spinner Prashant Solanki who also took Jaiswal’s wicket and finished with 2-20 in his two overs.

Ashwin, supported by Riyan Parag (10), won the match in the last over of the chase.

Santner and pacer Simarjeet Singh took one-wicket each and bowled six overs between them for 33 runs.

Earlier smart bowling by Rajasthan spinners Ashwin and Yuzvendra Chahal, who took 2-26 in his four overs, put a brake on Chennai scoring after Ali’s initial blitzkrieg.

Ali, who hit 13 fours and three sixes in his innings, propelled Chennai to 94-3 after the first ten overs.

He came to the crease early after both Chennai openers – Ruturaj Gaikwad (2) and Devon Conway (16) – fell early.

Narayan Jagadeesan (1) and Ambati Rayudu (3) fell to Obed McCoy – who took 2-20 in his four overs – and Chahal respectively.

Dhoni scored a scratchy 28-ball 26 in partnership with Ali before falling to Chahal but failed to provide the much-needed momentum in the second half of the Chennai innings.

Rajasthan skipper praised player-of-the-match Ashwin and said that he “has turned out to be a great all-rounder for us”.

Experienced players will have to step up against MI: Ricky Ponting