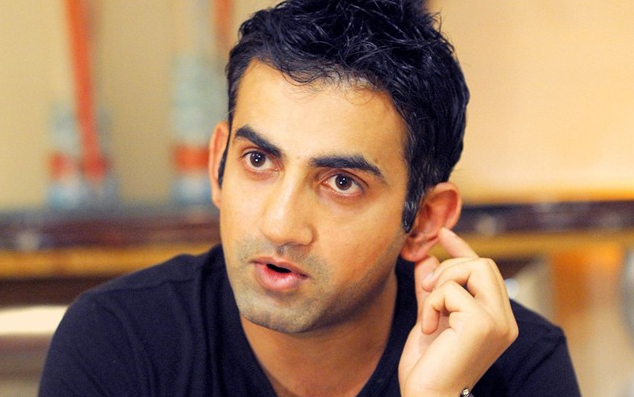 New Delhi: Abuse and comments on the colour of the skin “happen a lot, especially in places like Australia and South Africa”, and that is not acceptable, said former India batsman Gautam Gambhir, referring to the recent incidents of racist comments targetted at Indian players during the third Test in Sydney.

“[It’s] very unfortunate and that is something which is absolutely not acceptable in any sport. Not only cricket, but in any sport and that’s where I think there need to be stricter laws. When it happens to a certain player, it is only that individual who feels about it,” said Gambhir speaking on Star Sports show Cricket Connected.Abuse and comments on the colour of the skin “happen a lot, especially in places like Australia and South Africa”, and that is not acceptable, said former India captain Gautam Gambhir

Gambhir said there needs to be stricter laws so that such incidents do not take place in any sport, let alone cricket.

“You do get abused, in places like South Africa, Australia, when you are playing in a Boxing Day Test match and that kind of stuff as well. But then, you got to accept that, but it depends what kind of an abuse that is and what all has been said to you. That is something which is not acceptable, especially on your colour of skin and the abuse as well. It does happen a lot, especially in places like Australia and South Africa. So, these things need to be stopped,” he said.

Gambhir condemned the reported incidents of racial abuse during the Sydney Test.

After the racial comments were made against Jasprit Bumrah and Mohammed Siraj by a section of the crowd at the Sydney Cricket Ground (SCG) at the end of the third day’s play, the team management apprised match referee David Boon, a former Australia player, of alleged racial abuse of players. The incident took place again the next day, following which six people were evicted from the stands just before the tea interval during Australia’s second innings on Day Four of the match.

The third Test ended in a draw on Monday, after some remarkable rearguard batting by Richabh Pant, Chesteshwar Pujara, Hamuma Vihari, and R. Ashwin. Chasing a mammoth winning target of 407, India reached 334 for five wickets while facing 131 overs before both teams decided to shake hands, signalling the end of the match.

Gambhir praised India’s effort, particularly that of Pant and Pujara.

“Unbelievable! That just shows the character of the team as well. Rishabh Pant batted really well. Obviously, he batted the way he should’ve batted; he backed his strengths and he lived by the sword and you die by it (sic). Yes, people might just say that there was no need to play that shot, but he kept playing [those shots] and kept India in the game,” said the former left-handed opener.

“Had he batted a bit more longer India could have actually gone on to win the Test match, which probably would have been the most historic win ever. On the other side, when we talk about Cheteshwar Pujara, you can talk as much as you can and as much as you want about his strike-rate, but there are very few batters going around in world cricket who can actually play time and session and he’s one of them,” he said.

Ashwin scored unbeaten 39 off 128 deliveries he faced and along with an injured Hanuma Vihari — who was barely able to move due to the hamstring — he shared an unbeaten 62-run partnership, batting for more than 40 overs and ensured the hosts didn’t take a 2-1 lead in the series.

Before that, Pujara (77) and Pant (97) had shared a 148-run partnership for the third wicket to bring India not only in a position to draw the Test.

Gambhir felt that these kinds of draws are “probably as big as winning in Australia”.

“You can actually go on to win the series as well if you play good cricket, probably in the fourth Test match and you can come back winning the series which is again going to be historic,” the cricketer-turned-politician said.

The fourth and final Test of the series begins on Friday at the Gabba in Brisbane.