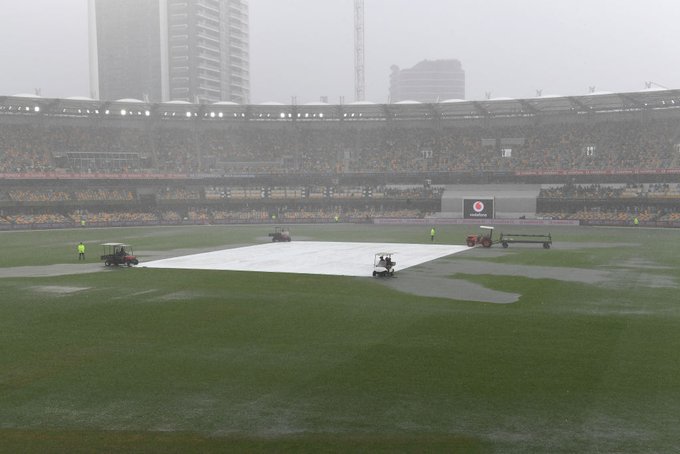 Brisbane: Rain washed out the third session of the second day of the fourth and final Test at the Gabba here on Saturday with India going to stumps at 62 for two in reply to Australia’s 369 in the first innings.

India lost both their openers early as they went to tea at 62 for the loss of Shubman Gill and Rohit Sharma’s wickets before heavy downpour caused a deluge in the outfield.
While rain stopped, the groundstaff could not drain off the water and make the ground fit for resumption of play.

Play will resume half an hour early on the third day to make up for the lost overs.

Both the Indian wickets fell in the second session.

Earlier, Australia were bowled out for 369 in their first innings before lunch.

The hosts lost their last five wickets for 58 runs.