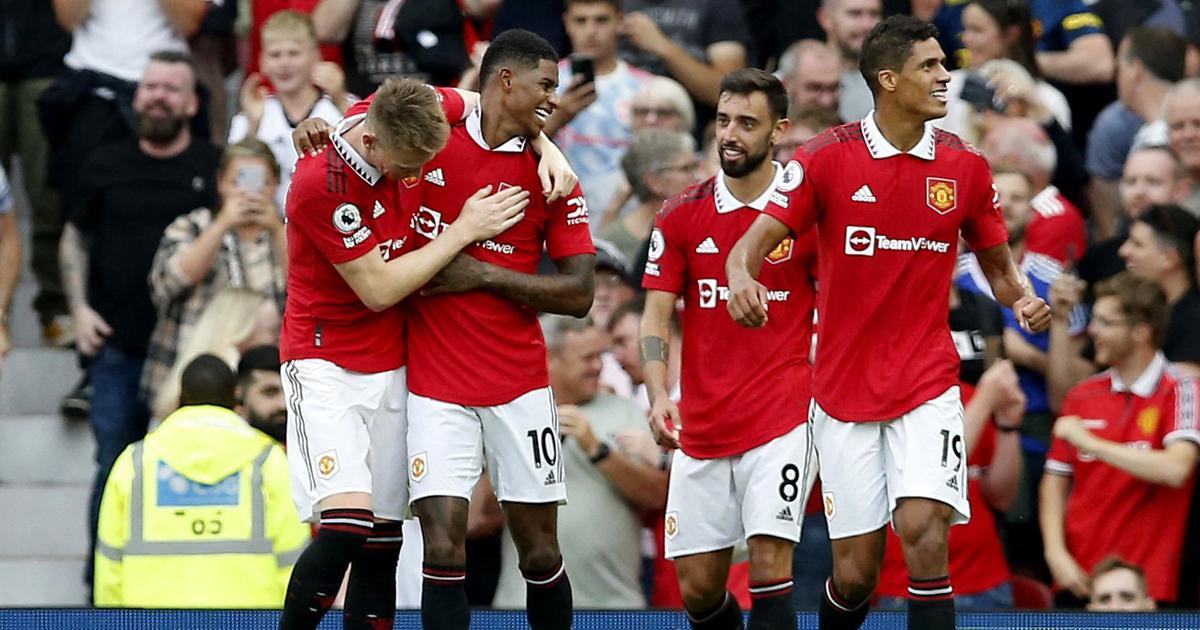 Antony scored on a dream debut for Manchester United as the Brazilian’s clinical strike and Marcus Rashford’s double inspired a 3-1 win that ended Arsenal’s perfect start to the Premier League season on Sunday.

Full of flicks, tricks and purposeful movement, the 22-year-old forward took just 35 minutes to get on the scoresheet in a dazzling introduction to his new fans at Old Trafford.

Arsenal hit back to equalise through Bukayo Saka, but Rashford blew the leaders away with two goals in the space of nine second-half minutes after Antony was replaced by Cristiano Ronaldo.

Thanks to Antony and Rashford, United were able to celebrate a fourth successive victory that lifted them to fifth place.

“He will be a threat in the Premier League. We were missing a player on the right wing, Sancho and Rashford can play there but they prefer the left so now we have the missing link who can play well on the right,” Ten Hag said of Antony.

“He did well but I think he can do better. He had a great goal but all the goals were team goals.”

Opening his reign with consecutive losses against Brighton and Brentford was a humbling experience for Ten Hag.

Since then, the Dutch coach has started to put his imprint on a United side that look far more organised than the shambolic unit that finished sixth in the Premier League last season.

Arsenal’s first defeat this term after five successive wins was cruel on Mikel Arteta’s men, who contributed plenty to an engrossing encounter but paid the price for some naive defending.

“It’s really disappointing because for these boys to play the way they did here, big credit to them but we need a better result,” Arteta said.

Arsenal thought they had snatched the lead in the 12th minute as Gabriel Martinelli raced away from Diogo Dalot to clip a fine finish over David de Gea.

But VAR intervened to ask Paul Tierney to check for a foul in the build-up and the referee ruled Martin Odegaard pushed Christian Eriksen to steal possession.

“The referee said it was a really soft decision. We just ask for consistency. Today we disallowed the goal again. There is nothing we can do unfortunately,” Arteta said.

Antony put United ahead in the 35th minute when Rashford’s deft pass reached the forward, who took advantage of Arsenal’s sloppy marking to sweep a composed finish into the far corner from eight yards.

Antony kissed his badge and posed for the television cameras in a flamboyant celebration that sent Old Trafford into raptures, earning a ticking off from Tierney for sticking the ball up his shirt in front of the Arsenal fans.

Odegaard’s pass unhinged the United defence and when Dalot’s tackle on Gabriel Jesus diverted the ball to Saka, the England winger slotted home with ease.

United caught Arsenal with a brilliant counter in the 66th minute.

United wrapped up the points with a replica of their second goal as Arsenal once again left themselves open at the back. This time Eriksen fed Rashford to slot home.

In Sunday’s early game, Brighton extended their superb start to the season with a 5-2 victory that left bottom of the table Leicester in turmoil.

Graham Potter’s fourth-placed side made it four wins from their first six games thanks to a second-half surge at the Amex Stadium.

Kelechi Iheanacho put Leicester ahead in the first minute, but a Luke Thomas own goal and Moises Caicedo’s strike gave Brighton the advantage.

Leicester have taken just one point from their first six games, losing five in a row to leave boss Brendan Rodgers under severe pressure.

“I don’t listen to the outside noise. You put the hard yards in and work, not shirk responsibility. The results are down to me. I’m the manager,” Rodgers said.