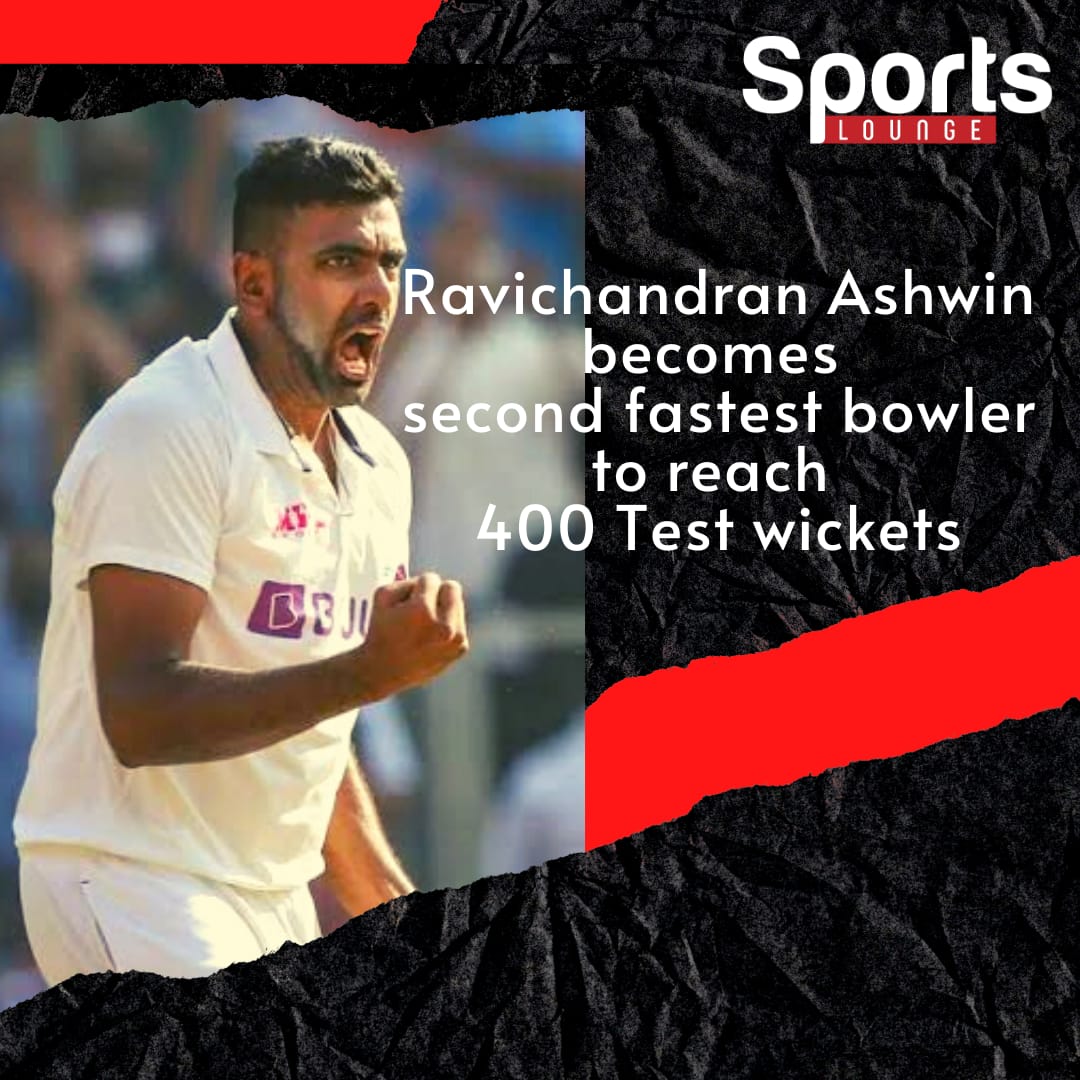 Ahmedabad: India spin spearhead Ravichandran Ashwin became the second fastest to 400 wickets on Thursday — after Sri Lanka legend Muttiah Muralitharan — when he dismissed Jofra Archer in the second innings of the pink-ball Test at the Narendra Modi Stadium.

Muralitharan had reached the milestone in 72 games. Ashwin is the fourth Indian bowler in the 400 Test wickets club after Kapil Dev, Anil Kumble and Harbhajan Singh.

The England innings also saw Ashwin dismiss Ben Stokes for the 11th time, the highest number of times he has been dismissed by a single bowler. In the 18th over, Stokes was given leg-before off Ashwin’s ball to see the Englishman walk back to the pavilion as the off-spinner’s 398th wicket.

On Wednesday, Ashwin went past Zaheer Khan’s tally of 597 international wickets to climb to the fourth spot on the list of Indian bowlers with the most wickets in international cricket. Ashwin had dismissed Ollie Pope in the 28th over to overtake Zaheer’s tally at the Narendra Modi Stadium.

The spinner now has 600 wickets across formats and is only behind former skipper Anil Kumble (953), spinner Harbhajan Singh (707), and Kapil Dev (687).

In the ongoing Test, England scored 112 runs in their first innings while India managed to score 145 runs. Virat Kohli might have lost the toss in the third Test, but his bowlers ensured that the hosts dominated the game.