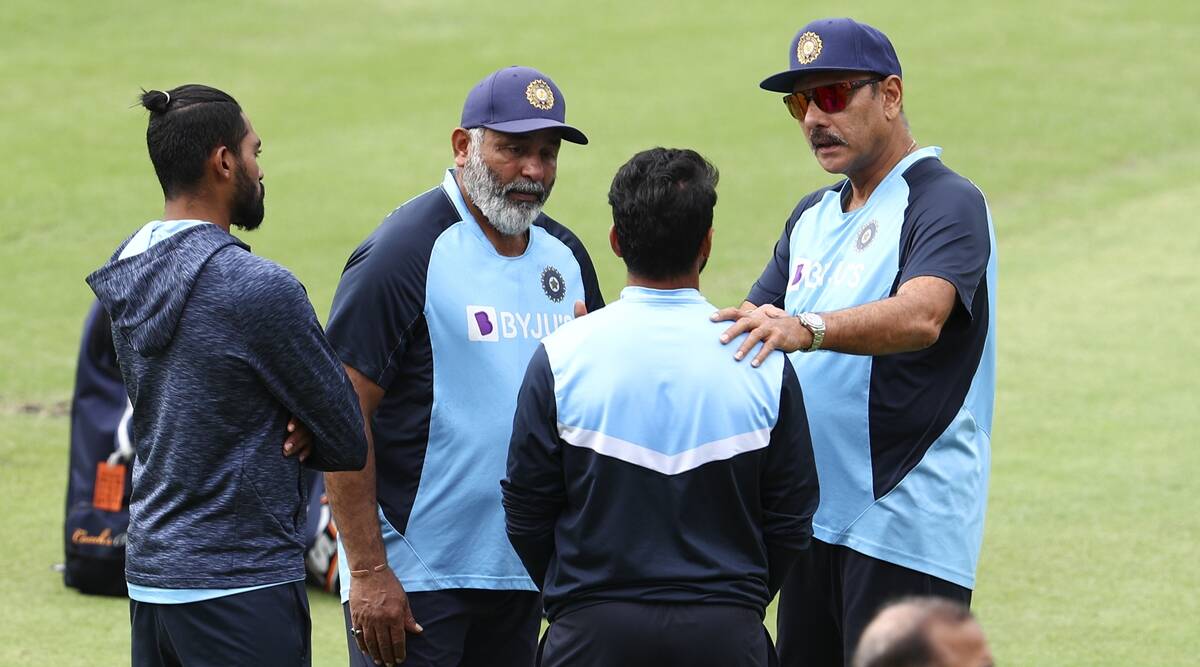 Manchester: India head coach Ravi Shastri and his support staff colleagues Bharat Arun and R Sridhar are likely to leave for India on Wednesday provided they have two negative RT-PCR reports prior to their departure date.

Shastri, who tested positive for COVID-19 prior to the fourth Test at the Oval, has been in quarantine since September 4 and is expected to complete his 10-day isolation period along with Arun and Sridhar on Monday.

However, the trio needs to have negative RT-PCR reports before they leave the UK shores for India and are expected to join a much stricter bio-bubble in Dubai, post IPL when the Indian team assembles for the T20 World Cup campaign.

“Ravi, Sridhar and Arun are all doing well physically and are mostly asymptomatic. They will take their RT-PCR test on Monday and if all goes well, they can fly out on the original date of departure, that is September 15. The final call will be taken by the medical team,” a senior BCCI official told PTI on conditions of anonymity.

Meanwhile, the other support staff members of the contingent will be flying out on Monday afternoon by commercial flight via Dubai.

However, junior physio Yogesh Parmar, who tested positive on September 8, will have to remain in isolation for a few more days before he is able to fly back home.

The fifth Test between India and England at the Old Trafford was cancelled after Virat Kohli refused to field his team apprehending more cases during incubation period.

The standalone Test in all likelihood will be held in July next year but the ECB has already approached the ICC for a quick decision by the Dispute Resolution Committee on the issue.

COVID-19 is an acceptable non compliance and the Indian camp has stated that it was unable to field a team for the match.

If the ICC rules it as a Test abandoned due to COVID-19, India would win the series 2-1 or else a forfeiture would mean series levelled at 2-2 and England making a successful claim to the insurance company for reimbursement of GBP 40 million loss.