Ravichandran Ashwin is always an attacking option for a captain: Rohit Sharma 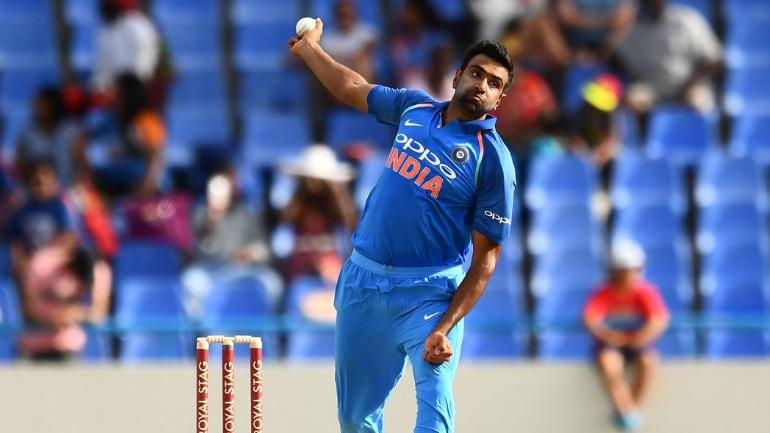 New Delhi: Ravichandran Ashwin is “always an attacking option” in the middle overs of a T20I match when a team needs wickets, India captain Rohit Sharma said of the seasoned off-spinner.

Rohit Sharma, the newly-appointed T20 skipper, picked his team’s bowling as the biggest positive in the 3-0 sweep of New Zealand.

Having made a splendid white-ball comeback after four years in the T20 World Cup earlier this month, the 35-year-old Ashwin made quite an impact in the three-match series against the Kiwis, giving crucial breakthroughs while restricting the runs in the middle overs.

“He’s always an attacking option for a captain. When you have someone like him in your squad, it always gives you the opportunity to take wickets in the middle and we understand how important that phase is,” Rohit said.

The captain was speaking at the post-match press conference after their seven-wicket win over New Zealand in the final T20 at Eden Gardens on Sunday night.

“It’s been a great comeback ever since he played in Dubai and till now. He’s a quality bowler, we all know that.

“Over the years he’s proved himself with the red ball and even in white-ball, he doesn’t have a bad record. The way he has come back and bowled in Dubai and then two games here. It shows the quality that he has.”

Ashwin returned with tidy figures of 4-0-23-2 and 4-0-19-1 in Jaipur and Ranchi. Along with Axar Patel, he restricted the run flow in the middle overs.

“You know, that’s where (middle overs) you need to put the brakes on the run rate, the scoring rate and try and keep taking wickets so I think Ashwin provides that to us in the middle along with Axar.

“Both of these guys are wicket-taking options in the middle and the goal is never about surviving, it’s always about ‘how I can get the batter out or how I can put the pressure on the batter’.

“That’s what they come up with all the time. So it’s always a good option for a captain to have someone like them in the middle, bowling those crucial overs and trying to put the pressure back on the opposition by taking wickets,” Rohit said.

Go out and play fearlessly

Asked what the new regime, under Rahul Dravid and himself, did to turn things around after their T20 World Cup debacle, Rohit said: “We’re trying to create a healthy atmosphere in the team, trying to give players the security so that they can go out and play fearlessly.

“The first meeting that we had, we spoke of this very clearly to all the players that if you’re trying to do something for the team, that act will never go unnoticed.

“It will always be recognised when you’re trying to put up your hand and take the pressure on yourself and try to do something for the team. That is the job of the captain and the coach to tell the players that we do understand what you’re trying to do for the team, you go and take your chances.

“With the talent we have in India, it’s not easy, you have to see so many options. You try and fit everyone into the squad but only 11 can play so it’s not easy.

“It’s always tough but we will try our best to ensure that whenever the players step out they don’t have any baggage,” he said about the duo’s philosophy going forward.”

Opting to bat, Rohit struck 56 off 31 balls while Ishan Kishan made 29 off 21 deliveries as India posted 184/7 in the final game of the series.

In reply, New Zealand were bundled out for 111 following a fine effort by the bowlers and fielders.

“Bowling was our biggest plus in the series. We came back really in the first two matches after explosive starts by New Zealand. To restrict such a strong New Zealand batting lineup in the 160-mark is really commendable.”

He also stressed on saving those extra runs on the field.