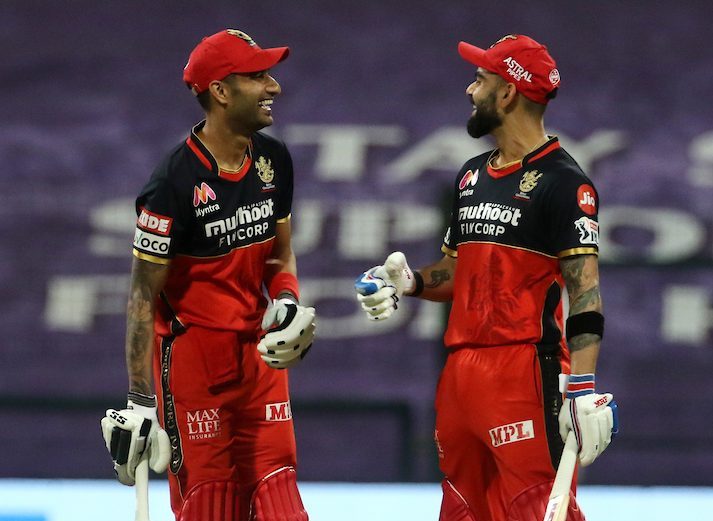 Mohammed Siraj led the way with figures of 2/8 as RCB strangled KKR to 84/8 in their 20 overs. They chased down the target with a whopping 39 balls to spare.

The win takes RCB level on points with the top-placed Delhi Capitals at 14, from 10 matches. They remain second only on the basis of their inferior net run rate.

RCB openers Aaron Finch and Devdutt Padikkal started the farcical chase with an opening stand of 46 runs. They played through the powerplay before Finch fell to Lockie Ferguson.

Padikkal then departed after a mix-up with new batsman Gurkeerat Mann Singh landed both batsmen at the same end of the pitch.

Captain Virat Kohli then took his place with Gurkeerat and saw the team home with an unbeaten stand of 40 runs.

Siraj and his new ball partner Navdeep Saini tore into the top half for the KKR batting order in the powerplay overs.

Captain Eoin Morgan and Dinesh Karthik tried to steady the ship by holding on to their wickets between the fourth and eighth over.

Karthik finally departed, falling to Yuzvendra Chahal in the ninth over, having made four runs from 14 balls. An eighth wicket partnership of 27 runs between Lockie Ferguson and Kuldeep Yadav was KKR’s highest.

Sydney could be Indian cricket team’s port of entry for quarantine and training: Reports