Re-appointing Shastri not due to Kohli's support, says Kapil Dev 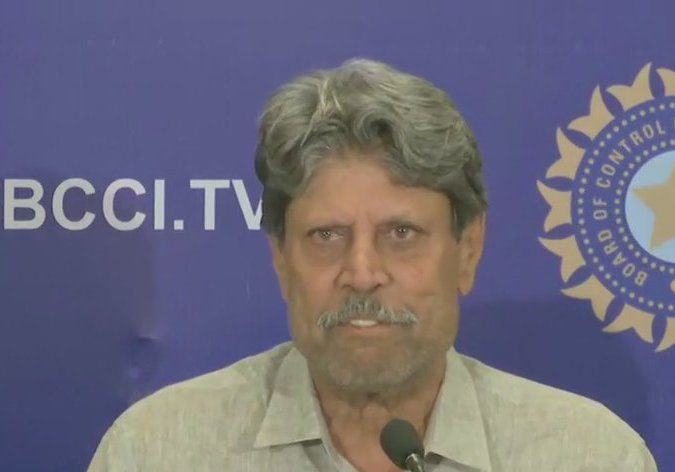 Shastri was reappointed for a two-year period by the CAC, a decision that was expected. His term will again be up for review after the 2021 T20 World Cup in India.

“Not at all, because if we take his (Kohli’s) views we would have taken the entire team’s views too. We haven’t asked anyone. There was no scope for that,” said Kapil when asked if the skipper’s preference influenced the final decision.

Among all the candidates, Shastri’s record was unmatched as the team reached the No.1 ranking in Test matches under his guidance and won a series in Australia for the first time in 71 years.

On the flip side, India twice lost in the World Cup semi-finals (2015 and 2019) with him at the helm but that didn’t seem to have had a bearing on the decision taken by the committee that also comprised Shantha Rangaswamy and Anshuman Gaekwad.

Asked about the team’s semifinal exits in ICC competitions, Kapil said, “If any manager don’t win (a World Cup) with any team, they should be sacked? No, you look at overall picture and we are not looking at that, we are looking what presentation he has given, we have gone by that.”

Since he came back in July, 2017 replacing Anil Kumble, whose differences with Kohli came out in the open, Shastri’s coaching record has been phenomenal.

“All of them were excellent. Sometime I felt Shastri had more skills of communication, they may have felt differently but we didn’t discuss about that, we have given the marks after listening to their presentations.

“We all three have learnt so much, knowing how much hard work they have put in their presentation,” Kapil said.

Asked about the advantage Shastri had over others, Gaekwad said, “Basically, being the current coach, knowing the boys well, knowing the problems well in the team and what needs to be done.

“I think he is well-versed with the entire system. If somebody knows the system, knows the players well and can communicate well, I think he has the advantage.”

Before leaving for the West Indies tour, Kohli, when asked if he would prefer Shastri at the helm again, the India captain responded in the positive.

“Well, the CAC has not contacted me on this. But all of us share a great camaraderie with Ravi bhai and would definitely be very happy (to have him around), Kohli had said.

Shastri was the team director till June 2016 until India lost in the World T20 semi-finals before being appointed as head coach in 2017.

The ad-hoc body had earlier appointed W V Raman as the women’s team coach in December.

‘CAC must have say in selection of support staff’

CAC must have a say in selecting the support staff of the Indian team as “not doing that job is not right”, Dev also said.

While Kapil’s three-member panel reappointed Ravi Shastri as the head coach of the Indian men’s team for another two years, the Supreme Court-appointed Committee of Administrators (CoA) had tasked the MSK Prasad-led selection committee to pick the support staff.

Asked if the CAC should also have an opinion in selecting the support staff, Kapil responded in the positive.

“Yes, our opinion should be there. If you ask me, we have (sent) a recommendation to the Board about the selection process of the support staff as well. It is not right, if we are not doing that job also,” Kapil said asked for his opinion on the matter.

It is still not clear on what basis the Prasad-chaired selection committee has been entrusted with the duty of appointing Shastri’s colleagues. There are grey areas as far as rules are concerned in the new constitution.

Lara, Sarwan to work with WI batsmen ahead of India Tests