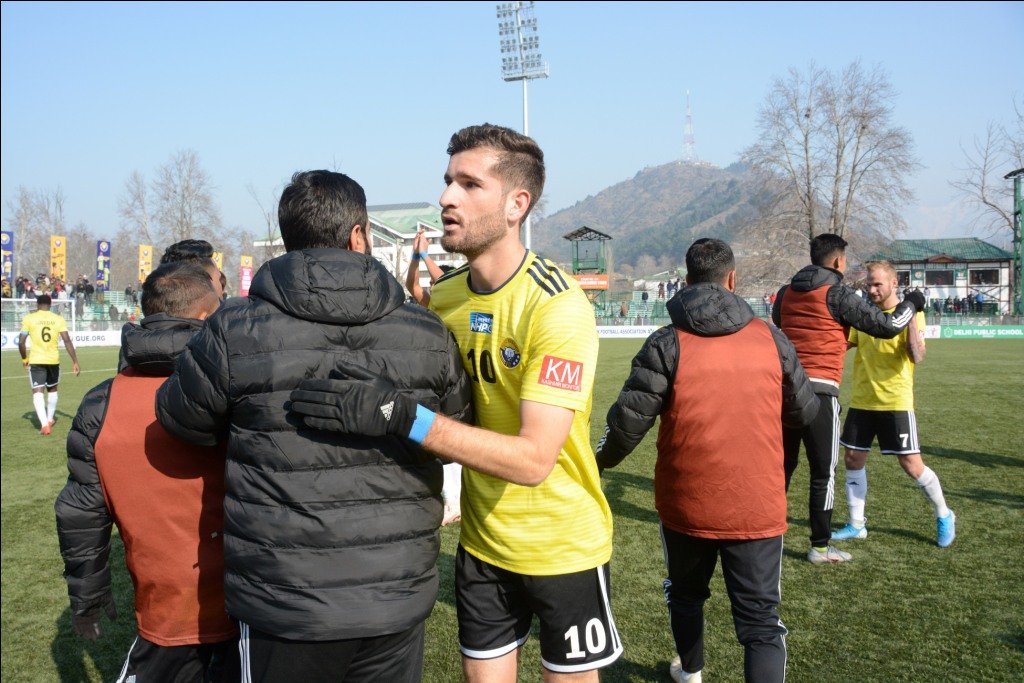 New Delhi: Real Kashmir would be looking to log three points in their first away game of 2020 against hosts Neroca FC in an I-League match in Imphal on Tuesday.

The two teams are the bottom half of the standings with RKFC on six points (ninth) and Neroca 10th with five points.

RKFC drew 1-1 against Punjab FC in their last match in Srinagar while Neroca went down to debutants TRAU FC 1-2 in a closely-fought match, dubbed as the Imphal Derby.

Their midfielder Gnohero Krizo is among key players and it was his strike that helped the team secure a points against Punjab.

And Robertson would hope to spearhead their frontline once again at the Khuman Lampak Main Stadium.