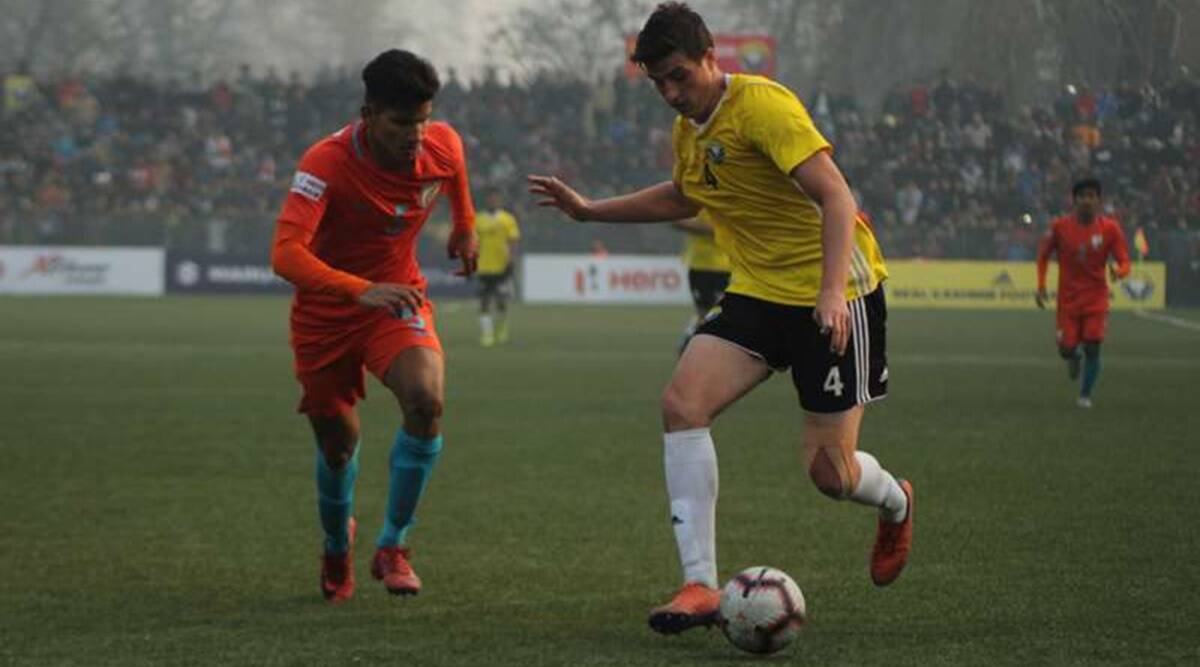 New Delhi: Real Kashmir FC (RKFC) captain Mason Robertson on Monday appealed to the All India Football Federation (AIFF) for immediate revocation of his four-match ban and fine of Rs 2 lakh imposed on him on charges of abusing the referee in an I-League match.

Mason, along with his father David Robertson, who is the head coach of the club, were on Saturday suspended for four matches and fined Rs 2 lakh each for abusing the referee in “filthy vulgar languages” during their I-League game against Indian Arrows at Mohun Bagan ground here on February 4.

The four-match ban would mean that Mason, who doubles up as striker and defender, will miss RKFC’s remaining four play-off games.

In a five-page appeal to the Appellate Committee of the AIFF, Mason said he had used that “abusive” comment as a “figure of speech and was not directed to any individual”.

Aggrieved by the decision of the AIFF Disciplinary Committee, he said the comment was “misconceived, contrary to law and cannot be sustained” and hence should be “revoked immediately”.

Detailing out the grounds of his appeal, he said: “Communication between the appellant, being the captain of the team and his coach could not have been subject matter of disciplinary proceedings as the same was not addressed to the match referee or match officials.”

Mason also said that the outburst was a result of the huge mental pressure they are suffering from because of the bio-bubble restrictions and pointed out that he “does not have any track record of indiscipline throughout his footballing career.”

“The comments made by the appellant to the coach was a figure of speech which is usually a way the people of Scotland speak in order to vent their frustration,” it stated.

“The allegations made against the appellant in the show-cause notice does not tantamount to misconduct under the Disciplinary Code of AIFF.

“The decision has not taken into consideration the relevant factors and have decided the issue on irrelevant factors, thereby coming to a perverse conclusion…

He has sought an instant stay on the order so as to enable him to play the next few matches for RKFC.

The Snow Leopards, who are the first club from Kashmir to compete in any first division football league in the country, are placed third and yet to open the account in the Championship standings, having lost to Churchill Brothers 1-2 on March 5.

They next face Championship leaders TRAU FC here on March 10.

RKFC had finished third behind Churchill Brothers and Punjab FC in the first phase.

Meanwhile, RKFC fans in Srinagar have expressed their solidarity and carried out a demonstration, urging the AIFF to revoke Mason’s ban.