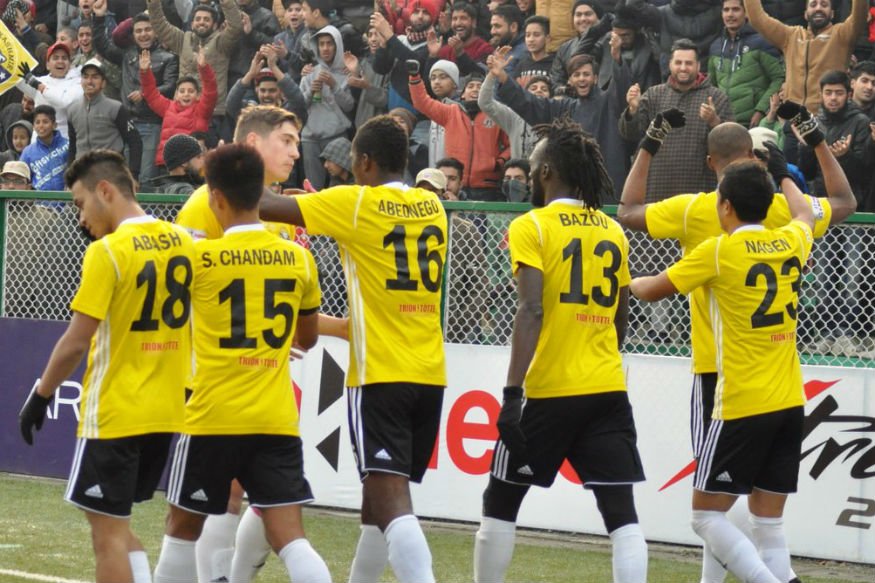 Kozikhode: Real Kashmir would be looking to complete a hat-trick of wins in the I-League when they face Gokulam Kerala FC in an I-League match on Saturday.

RKFC defeated Aizawl FC and Indian Arrows in their last two matches, both by 2-0 margins. It has pushed them up to sixth in the standings with 12 points from eight matches, just a point behind fifth-placed Churchill Brothers.

Gokulam were held to a 1-1 draw by TRAU FC at home in their last match, which placed them at the fourth spot, two points above Real Kashmir, having played a game more.

A win for wither side would take them within the top three of the points table, currently headed by Mohun Bagan (23 points from 10 matches).

Both teams have struggled for consistency this season. RKFC seem to have hit upon a patch of form in their last two matches, winning both away games.

Midfielder Mason Robertson has scored in both their victories, leading the RKFC’s attack. He together, with Gnohere Krizo and Kaullum Higginbotham, have been the driving force of RKFC’s forward line.

But having scored only 10 goals in eight matches, the ‘Snow Leopards’ have bolstered their attack with the arrival of fowards Robin Singh and Lalhmangaihsanga Ralte on loan from Indian Super League (ISL) sides.

Robin, currently out-of-favour from the national set-up, scored once in nine matches for Hyderabad in the ongoing I-League. Ralte joins RKFC from ISL side ATK.

Neroca will host TRAU in the second leg of the Imphal Derby on Saturday. Third-placed TRAU defeated Neroca 2-1 in the first leg.

Since then TRAU have sacked their coach and Neroca have struggled to win, claiming full points in only two of their 10 matches to be ninth in the standings with eight points, seven behind their local rivals.