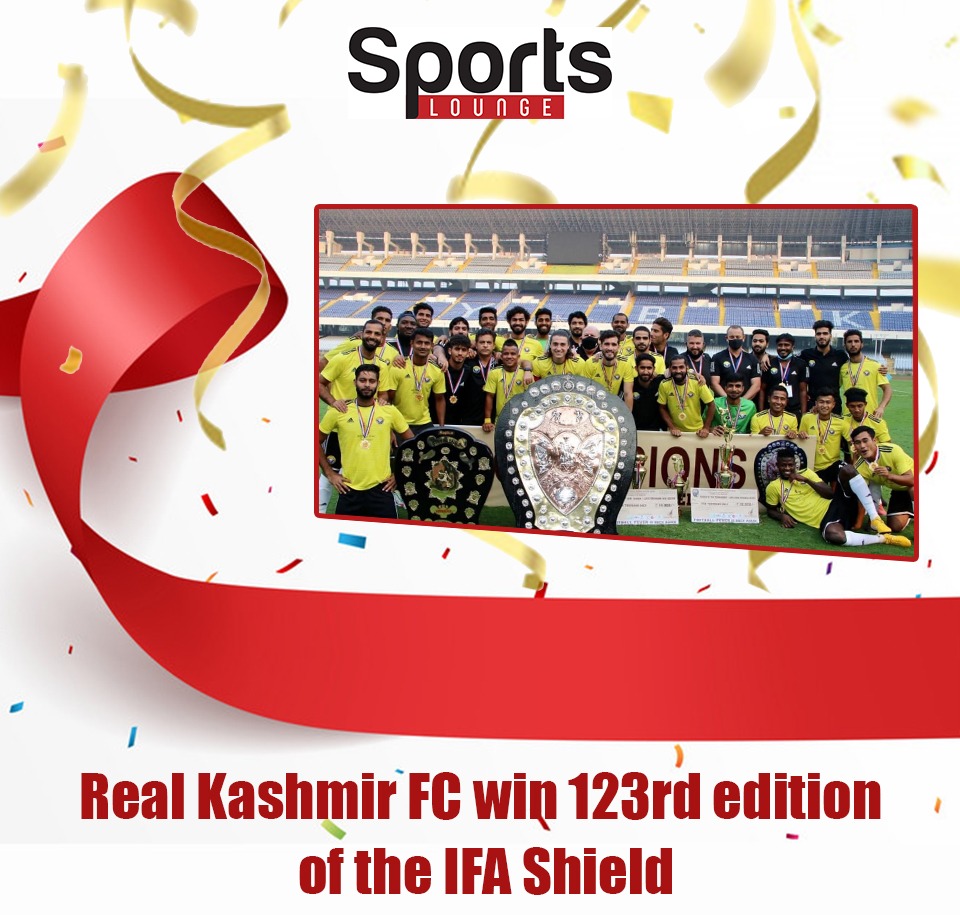 Kolkata: Real Kashmir FC clinched their maiden major trophy by lifting the IFA Shield after beating George Telegraph 2-1 in the summit clash on Saturday, though the 127-year-old tournament was held without some of the country’s top sides.

In fact, in recent years, most of the top clubs have not taken part. This year, four I-League teams and eight Calcutta Premier League sides took part in the competition. Besides RKFC, Mohammedan Sporting, Gokulam Kerala and Indian Arrows were the other I-League sides.

Fresh from a hat-trick against Mohammedan Sporting in the semifinals, Nigerian forward Lukman Adefemi broke the deadlock (38th minute) from a penalty but the Georgians restored parity in the second half with a terrific solo run by substitute Gautam Das (50th).

But 10 minutes later, skipper Mason Robertson snatched the lead for the Snow Leopards with a towering header.

There was more drama in store at the Saltlake Stadium as the Real Kashmir captain conceded a penalty in the 80th minute when he brought down Vivek Singh inside the box.

But, Real Kashmir goalkeeper Mithun Samanta turned out to be their hero, diving it to perfection to deny Tanmoy Ghosh’s spot kick. Samanta was brilliant under the bar and it was his second save of the day to be awarded the Man-of-the-Match.

“It is a great moment for the team to win this historic tournament. We feel good and we will go into I-League on the back of this championship and try to play even better. It feels good to save a decisive penalty in a big final like this,” Samanta said.

Just before the I-League starting on January 9, it turned out to be a perfect pre-season outing for the Snow Leopards and coach David Robertson was all excited.

“We are really happy after winning the historical IFA Shield. We know the history of this Shield. We were confident of winning the IFA Shield and at last we did it. We didn’t look at it as a preparation for the I-League but it was a different tournament for us,” the coach said.