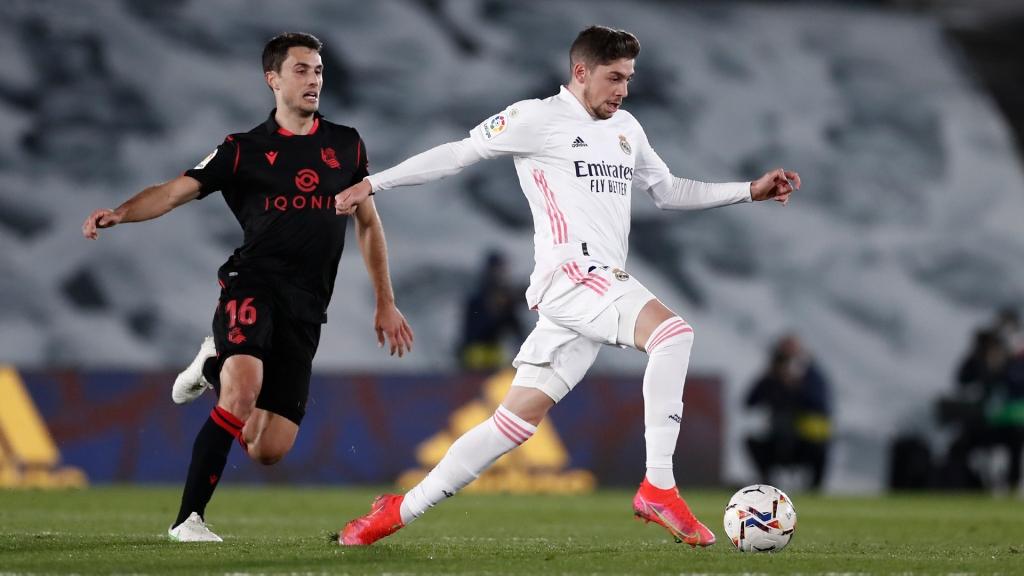 New Delhi: Real Madrid dropped two vital points in the race for the La Liga title when they were held to a 1-1 draw at home to Real Sociedad.

The result leaves Real Madrid five points less than league leaders, Atletico Madrid, with an extra game played ahead of the Madrid derby which will be played in Atletico’s Wanda Metropolitano Stadium next weekend, Xinhua news agency reported.

Real Madrid again lacked effectiveness in front of goal without the injured Karim Benzema, but Real Sociedad deserves credit for a solid display in which they always looked threatening on the break on Monday night.

The game was just six minutes old when the visitors should have had a penalty when Casemiro brought down Nacho Monreal only for the referee to rule it out for a prior offside, which for some reason the VAR did not correct.

Real Madrid reacted to the let-off and took control of the game with Mariano Diaz having a header deflected onto the bar, before Raphael Varane also hit the bar with a header, which visiting keeper Alex Remiro had covered.

Marco Asensio then saw a shot blocked and Robin le Normand cleared off the line, while Remiro saved from Luka Modric as Madrid threatened but failed to open the scoring.

Real Sociedad then started the second half strongly and Portu opened the scoring with a header that went in off the post in the 54th minute after a pinpoint cross from Monreal.

Porto was then inches away from setting Alexander Isak up for his side’s second of the game, only for the ball to evade the striker by inches.

Casemiro headed wide when he could have done better as Real Madrid coach Zinedine Zidane made a triple change in attack replacing Isco, Asensio and Mariano with Rodrygo, Vinicius Jr, and young forward, Hugo Duro.

Real Sociedad was able to reduce the influence of Modric and Toni Kroos, and Casemiro was Madrid’s main threat. He headed wide and Rodrygo missed a decent chance before Vinicius scored a minute from time after a cross from Lucas Vazquez.

Duro saw a header deflected over in injury time but there was not enough time for Real Madrid to find the winning goal their title hopes needed.