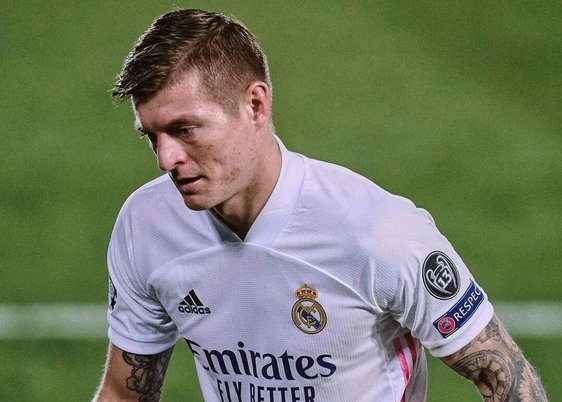 Madrid: Real Madrid mideo Toni Kroos has tested positive for the coronavirus less than a week before the team’s final Spanish league match, the club said in an official statement.

The Germany midfielder is all set to miss the team’s decisive game against Villarreal on Saturday, when Madrid needs a victory to keep alive its hopes of defending the league title. Madrid is two points behind Atlético Madrid ahead of the final round who will be facing Valladolid on the same day.

Kroos had already missed the team’s match at Athletic Bilbao on Sunday, which it won 1-0 to stay in contention for the title. Kroos couldn’t play because he had been in isolation after having close contact with someone who had COVID-19.

The club said that the player has remained in isolation since Friday and the initial reports were negative.