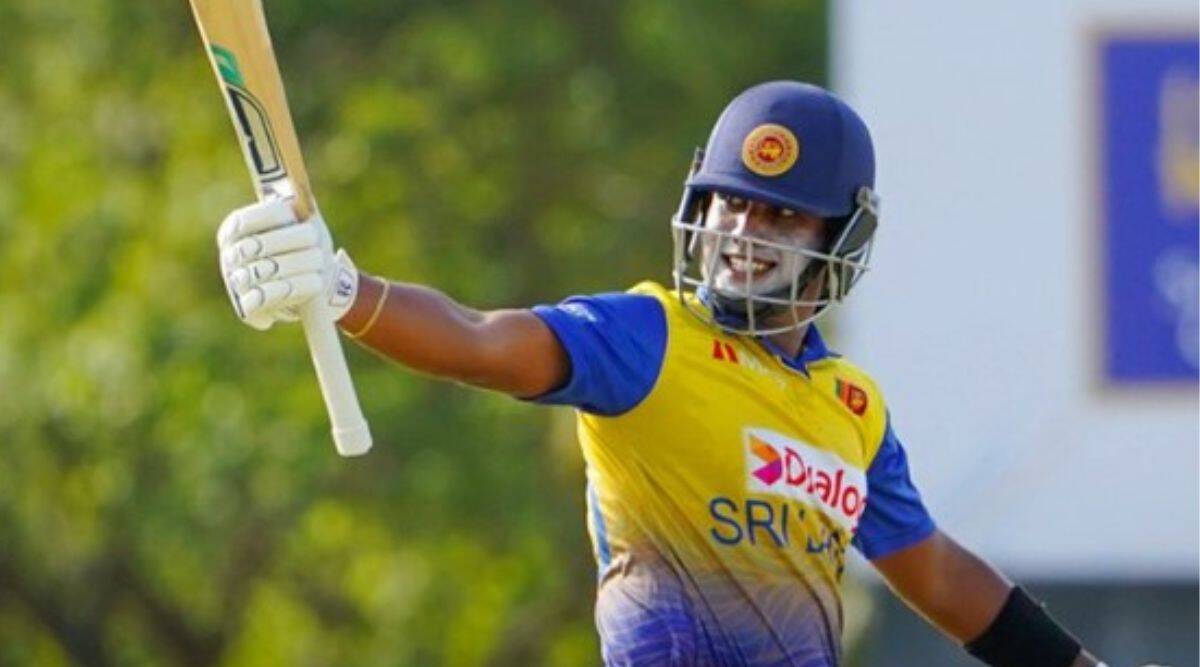 Dambulla: Skipper Chamari Athapaththu struck a counter-attacking 48-ball 80 as Sri Lanka outplayed India by seven wickets in the third and final T20I to avoid a whitewash here on Monday.

The 32-year-old Chamari smashed 14 boundaries and one six and in the process became the only cricketer from the island nation to get to the 2000-run mark in T20Is. Tillakaratne Dilshan (1889) is the highest run-scorer among the male cricketers from Sri Lanka.

Chasing a modest 139 to avoid a clean sweep by the Indians, Sri Lankan batting finally came good as the hosts hunt down the target with three overs to spare to claim a consolation win.

The three-match T20I series thus ended 2-1 in favour of India, who stuttered after opting to bat before skipper Harmanpreet Kaur’s resilient 39 not out (33b; 3×4, 1×6) propped up their total to 138 for five.

In reply, Sri Lanka lost Vishmi Gunaratne (5) in the first over, but Harshitha Samarawickrama (13) gave a fine support to Chamari in the powerplay before being dismissed by Radha Yadav in the fifth over.

Thereafter, Nilakshi de Silva (30 off 28 balls) joined hands with Chamari as the skipper cruised to a 29-ball fifty — the fastest fifty for Sri Lanka women’s T20I.

Luck also was on her side as Chamari got a reprieve on 42 when Jemimah Rodrigues missed a running catch in the midwicket boundary. She soon slammed back-to-back fours en route to her fifth T20I fifty.

With Chamari looking furious, Sri Lanka just needed 18 runs in the final five overs and the hosts it without much ado to seal their first T20 win against India at home.

India were sloppy on the field and missed a slew of run-outs and signed off the T20I series on a disappointing note.

Earlier, India stuttered in the middle overs after Smriti Mandhana (22 from 21b) and Sabbhineni Meghana (22 from 26b) departed in successive overs to leave the visitors reeling at 51 for three.

The duo looked well in control in their 41-run second wicket partnership after the talented Shafali Verma (5) fell in the opening over but run-rate dried up as the hosts bounced back aided by some fine fielding.

There was a lull in the middle when India failed to get a boundary in 38 deliveries with Harmanpreet and Jemimah Rodrigues struggling to get going.

The duo finally broke the shackles in the 13th over as Jemimah showed her attacking intent in her 30-ball 33 (3×4), while the skipper was a class apart.

Jemimah fell in the penultimate over but Harmanpreet looked in firm control and displayed her array of shots during her 33-ball knock, which was studded with three fours and one six.

After Jemimah’s departure, Harmanpreet took charge and along with Pooja Vastrakar scored 49 runs in the final five overs to prop up the total.