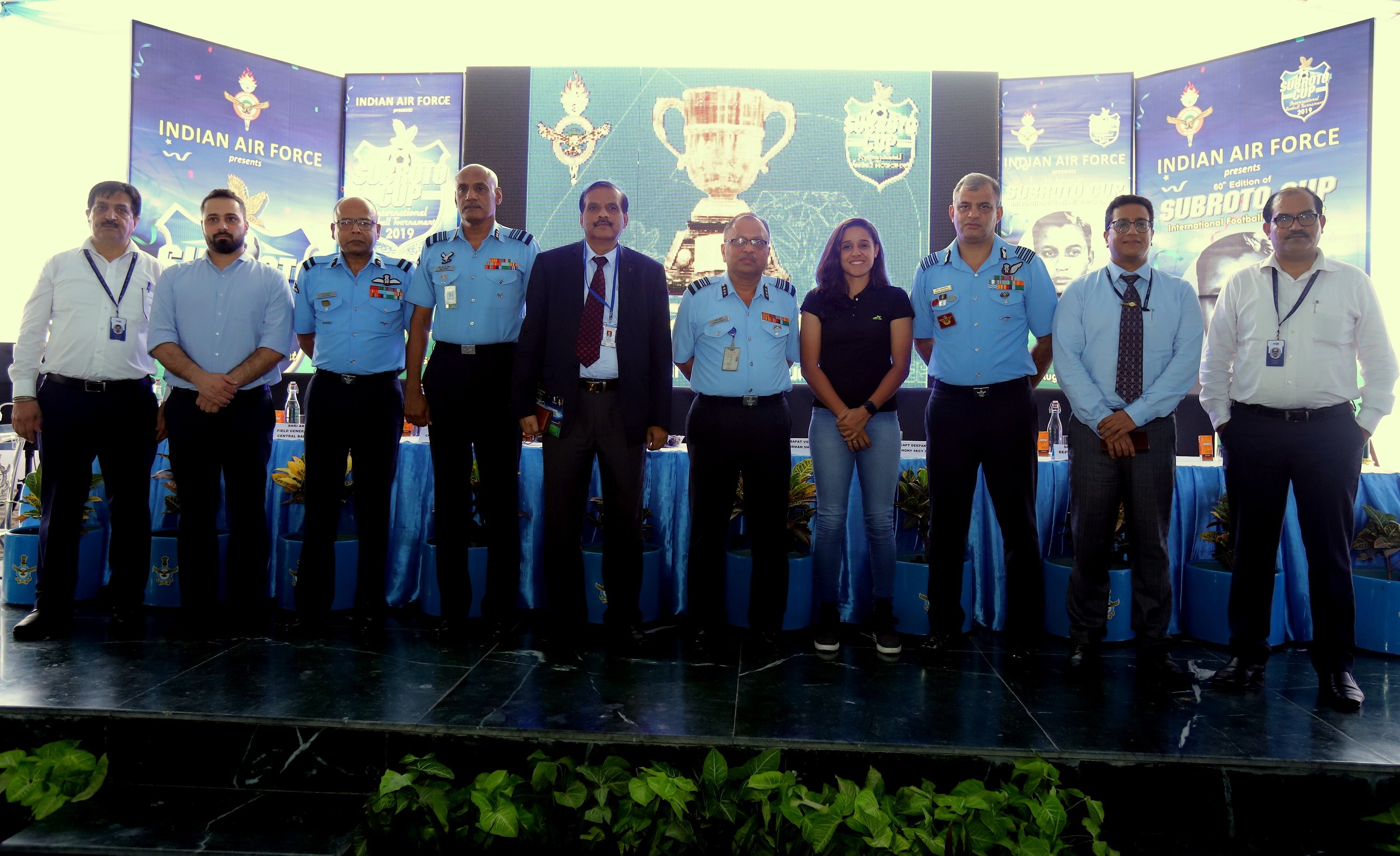 Dalima Chibber (fourth from right) at the launch event of the 60th edition of the Subroto Cup.

New Delhi: A record 112 teams, including 16 international ones, will be competing in the diamond jubilee edition of the Subroto Cup football tournament, its organisers declared on Wednesday. football news sport football

The teams will be fighting to win the sub-junior boys (U-14), junior (U-17) boys & girls categories. The tournament is organised by the Indian Air Force and is supported by the ministry of youth affairs and sports, ministry of human resource development and the Sports Authority of India. sports news Sports update

To celebrate the 60th edition of the traditional age-group tournament, the prize money for the winners and runners-up in all three categories have been enhanced by Rs 50,000.  sports news Sports update

The prize money for the best player and best goalkeeper award has been increased from Rs 40,000 to Rs 50,000.

The champion teams will receive Rs 3,00,000 for the sub junior boys while a cash prize for Rs 4,00,000 each will be awarded to the junior boys & girls champions.

Former India women’s football team captain Dalima Chibber was present at the event as the guest of honour.

“Subroto Cup’s status as a prestigious football tournament needs no further gratification and I feel glad to see that Subroto Cup over the years has only grown in stature and respect. It’s these platforms which are the breeding ground for future stars and Indian football needs youngsters who can contribute positively to the game,” Dalima said.

Air Marshal PP Bapat said, “It’s a momentous occasion for us to host the 60th Edition of the Subroto Cup International Football Tournament. We at the Indian Air Force have always strongly believed in sports as a critical factor to usher in human development and today this needs no emphasis.

“With the years, the number of participating teams from India and abroad has seen a steady rise and that only speaks for the popularity of the tournament across the globe.”

Messi to miss Barcelona’s US trip due to calf injury