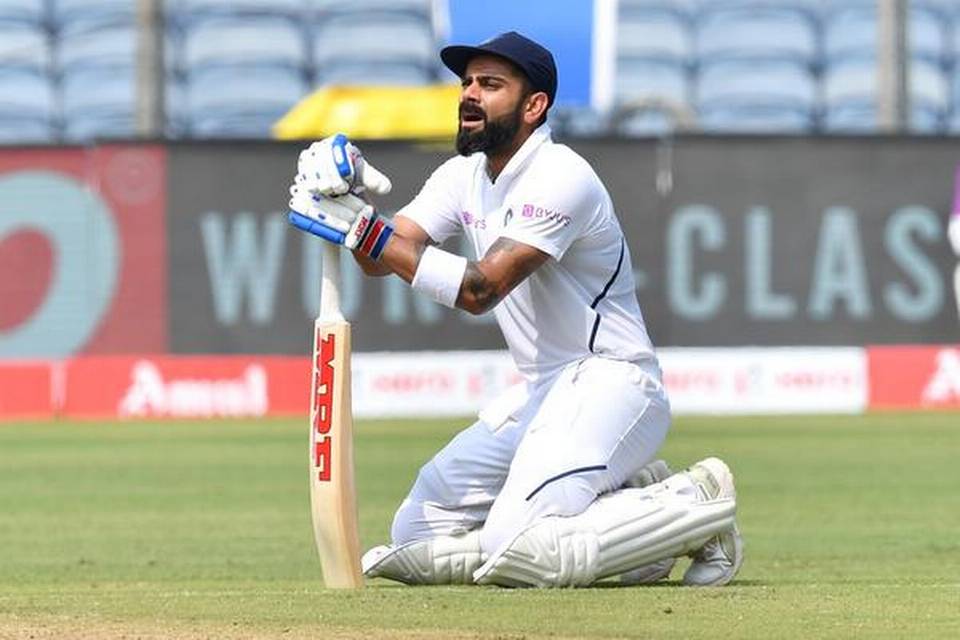 Pune:  India’s batting mainstay Virat Kohli on Friday eclipsed Sir Don Bradman and Sachin Tendulkar while smashing a handful of records during his career-best knock of 254 in the ongoing second Test against South Africa here.

The Indian skipper, who now has 26 Test hundreds and 69 international tons (43 in ODIs), also went past Bradman’s Test tally of 6,996 runs.

The 30-year-old now has scored more than 7,000 Test runs since making his debut against the West Indies in 2011 to break into the top 50 Test run-scorers, a chart led by batting maestro Sachin Tendulkar (15,921 runs).

He has eclipsed Sri Lanka’s Sanath Jayasuriya, Australian Steve Smith and former England batsman Len Hutton (6,971) in the list of most Test runs.

During his unbeaten innings, Kohli had for a brief period of time also surpassed Bradman’s eight scores of 150 plus before reaching his double hundred.

Bradman had eight scores between 150 and 199 but had 12 double hundreds to his credit.

On way to his double ton on day two of the second Test against South Africa, Kohli also equalled former Australia skipper Ricky Ponting by scoring the most number of centuries as Test captain.

Both Kohli and Ponting now have a record 19 hundreds as a Test captain.

Kohli, who hit his overall 26th Test hundred on Friday, is joint second, while former South Africa captain Graeme Smith leads the list with 25 tons to his credit.

This is Kohli’s first hundred of this year, having scored two fifties in the eight innings that he has played in 2019.