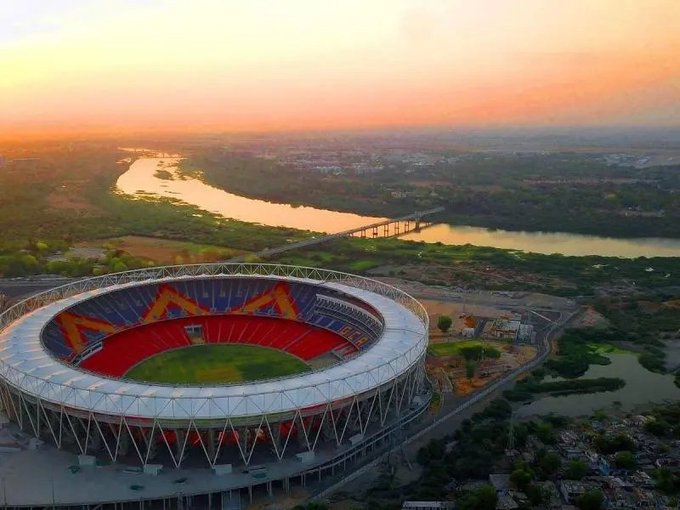 Ahmedabad: The revamped Sardar Patel Stadium aka the Motera stadium has drawn a lot of praise from the cricketing community.

During my first tour to Australia, I was astounded by the beauty of Melbourne stadium. At that time, I used to dream of having a similar such stadium in my home country! Today I can proudly say we are home to the most beautiful stadium in th world.#MoteraCricketStadium @JayShah pic.twitter.com/0JhwZdim9b

The stadium was closed for reconstruction in 2015 and after six years it will hold its first international match.

The stadium has LED floodlights and has a seating capacity of 1,10,000. The Gujarat Cricket Association (GCA) will reportedly sell 55,000 tickets for the upcoming two-Test matches vs England.

Several cricketers and pundits have lauded the facilities provided in the stadium.

How good is that view for a nets session 😍😍#INDvENG #TeamIndia @Paytm pic.twitter.com/v0sfOMfzHp

A ground where I made my Test debut is special to me but this new #MoteraCricketStadium looks Very Very Special. Congrats @GCAMotera for creating such a spectacular stadium which is not only Worlds Largest Cricket Stadium but is a Architectural marvel. @JayShah @parthiv9 pic.twitter.com/tyWkPY7rZf

Some hard yards for our quicks in Ahmedabad 🥵 pic.twitter.com/71l8ZB76j1

Adelaide 36 all out won’t affect us in Motera day-night Test: Kohli