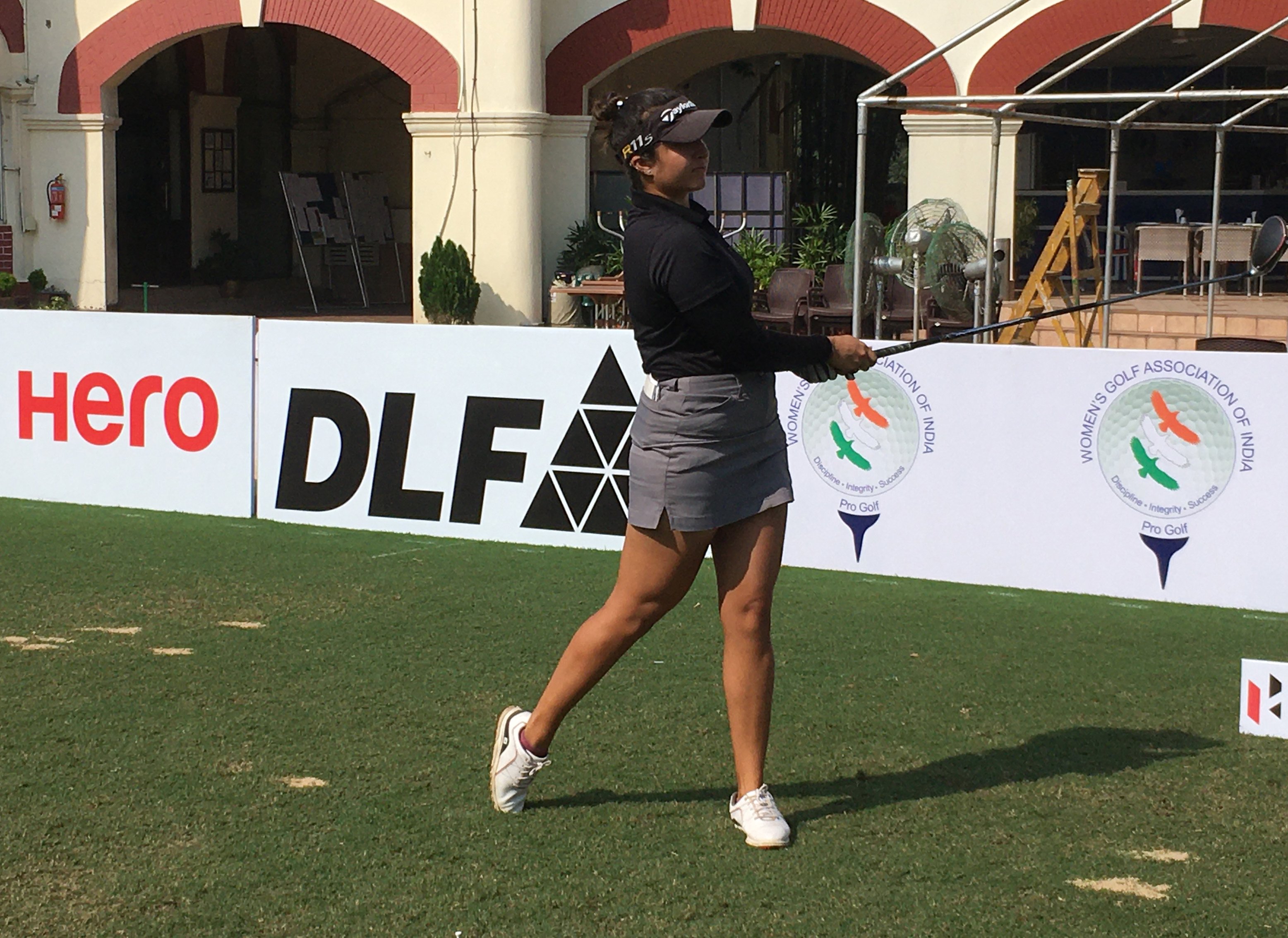 Pune: Ridhima Dilawari seems to be continuing from where she left off last season as she moved into sole lead at the end of the second round of the first Leg of the Hero Women’s Pro Golf Tour 2020 at the Poona Club Golf Course on Thursday. Ridhima, who shared the first round lead with amateur Pranavi Urs (70-73), shot 71 to go with her first round card of 70 to aggregate one-under 141 at the Par-71 layout.

Ridhima, who won five times in 12 starts in 2019, is now two shots clear of Pranavi and Amandeep Drall, whose second round 70 was the only sub-par round of the day.

Ridhima, who played solid and steady golf through 2019, may well have been more than two shots clear of the field, but for the closing bogey on Par-5 18th. She also dropped a shot on another Par-5, the seventh besides Par-4 eighth and 11th. Her birdies came on Par-3 fourth, Par-4 ninth, Par-4 10th and Par-5 12th.

Amandeep Drall was doing very well with three birdies against just one bogey on the front nine. She added another on 11thto go to three-under for the day, but dropped shots on 15th and 17th to fall to 70.

Pranavi Urs started the day with a triple bogey on Par-4 first hole but creditably managed to hold her round together with three birdies and two other bogeys for a card of 73.

Vani Kapoor had one birdie against two bogeys in her 72.

The winner of the Hero Order of Merit in 2019 Gaurika Bishnoi, struggled for the second day running as she carded 79 after 76 in the first round.