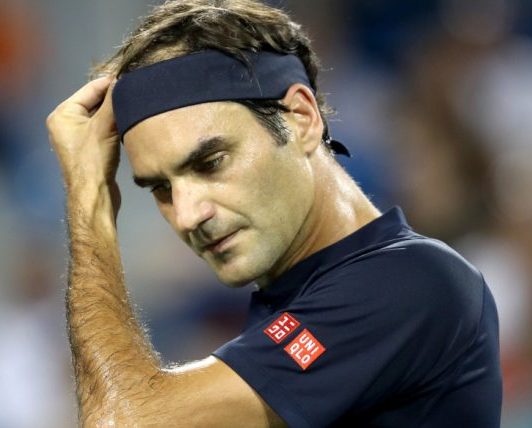 Doha: Roger Federer failed to convert a match point before losing 3-6, 6-1, 7-5 to Nikoloz Basilashvili in the Qatar Open quarterfinals on Thursday, his second match back on tour after a 13-month injury layoff.

Basilashvili saved a match point at 5-4 in the deciding set and then broke Federer’s serve in the next game.

It was a second straight grueling three-setter for Federer after his win Wednesday over Dan Evans took nearly 2 1/2 hours. The 39-year-old Federer was playing in his first tournament since the 2020 Australian Open following knee surgery.

Basilashvili has now won three consecutive tour matches for the first time since 2019. His semifinal opponent will be Taylor Fritz after the American upset fourth-seeded Canadian Denis Shapovalov 5-7, 6-3, 7-5.

For the first time in the 31-year history of the ATP Tour, a player reached the semifinals without hitting a ball after getting his second walkover in a row.

Russia’s Andrey Rublev benefited from a first-round bye, before Richard Gasquet withdrew ahead of their second-round match. Marton Fucsovics then withdrew from their quarterfinal Thursday with a lower back injury.

Rublev will face either top-seeded Dominic Thiem or fifth-seeded Roberto Bautista Agut for a place in Saturday’s final.