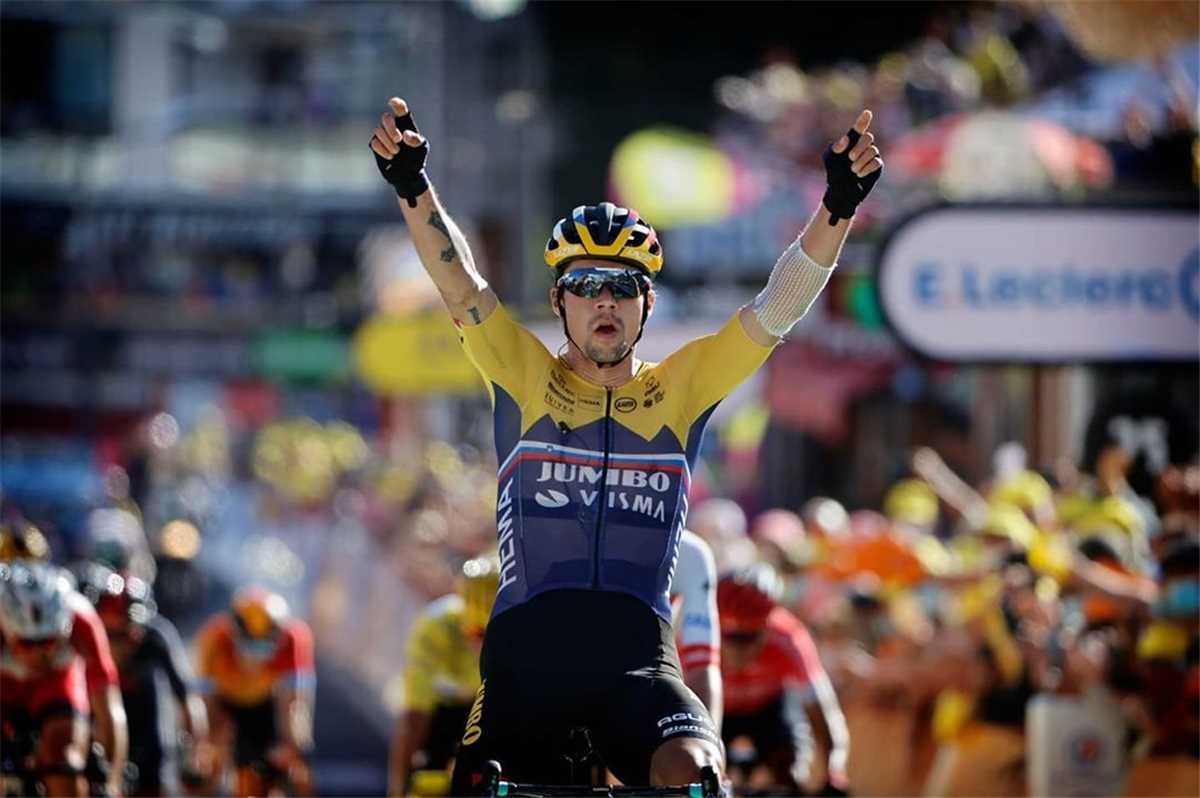 Sisteron (France): Primoz Roglic underlined his yellow jersey credentials with victory in Stage 4 at Orcieres-Merlette as a tiring Julian Alaphilippe saw his race lead slashed on the first summit finish of the Tour de France.

Roglic led home a Slovenian one-two ahead of compatriot Tadej Pogacar (UAE-Team Emirates) after an ominous performance of collective dominance from his Jumbo-Visma team at the end of the 160.5km stage into the Alps.

Alaphilippe, the Stage 2 winner, retains his four-second lead over Britain’s Adam Yates (Mitchelton-Scott) but the in-form Roglic moves up into third place just seven seconds back after securing the 10 bonus seconds on the line.

In what was essentially an uphill drag race on the final 7.1km climb, Jumbo-Visma showed their strength in depth as Wout van Aert and Sepp Kuss both put in huge stints on the front to reduce the main field before Roglic reacted to Martin’s acceleration to win the third Tour stage in his career.

Earlier in the day, a six-man move animated proceedings until Tiesj Benoot (Team Sunweb) acrobatically crashed over a barrier, while Slovakia’s Peter Sagan (Bora-Hansgrohe) retained the green jersey by the skin of his teeth after Ireland’s Sam Bennett (Deceuninck-QuickStep) piled on the pressure in the intermediate sprint.