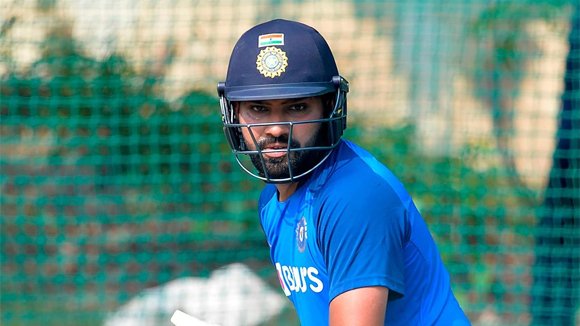 Woman paddler Manika Batra and Rio Paralympic gold-winning high jumper Mariappan Thangavelu were the other two sportspersons recommended for the prestigious award by a 12-member selection committee of the Sports Ministry.

India pacer Ishant Sharma was named in a 29-strong list of athletes recommended for this year’s Arjuna award by the sports ministry’s selection committee.

The 31-year-old Ishant has played 97 Tests and 80 ODIs for India, grabbing over 400 international wickets.

It has also been learnt that Olympic bronze-winning wrestler Sakshi Malik and former world champion weightlifter Mirabai Chanu too have got the committee’s nod but the final decision has been left on sports minister Kiren Rijiju as both the women are former Khel Ratna awardees.

While Sakshi won the Khel Ratna in 2016 for her Olympic bronze in the Rio Olympics, Mirabai was conferred with the honour in 2018 along with India captain Virat Kohli for her world championship gold medal.

While Rohit has been recognised for his ever-rising accomplishments with the bat, Vinesh has been rewarded for her gold medals in the 2018 Commonwealth and Asian Games besides a bronze in the 2019 Asian Wrestling Championships.

Thangavelu got the recognition for his gold medal in the 2016 Rio Paralympics in the T42 high jump category. T42 applies to athletes with single above the knee amputations or a disability that is comparable.

Star paddler Manika was recommended for her remarkable performance in 2018, a year during which she won the Commonwealth Games gold medal and Asian Games bronze in women”s singles.