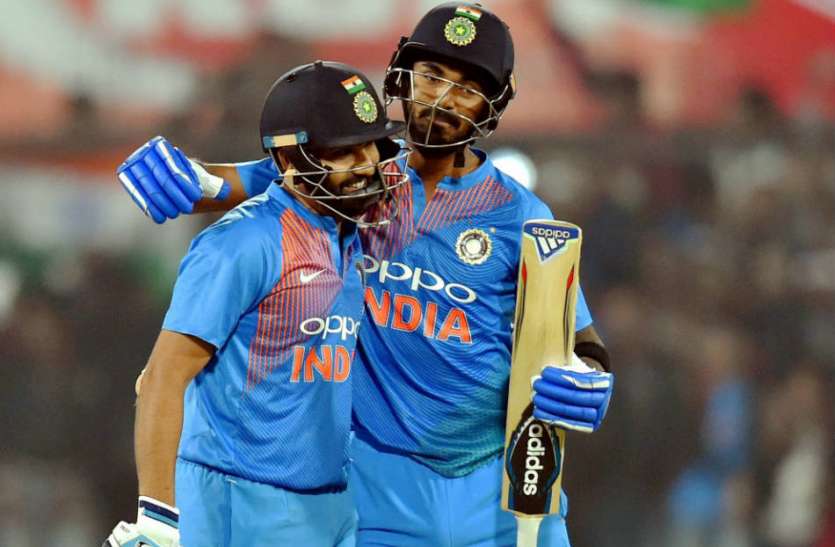 Mumbai: Opener KL Rahul’s poor show with the bat could pave the way for Rohit Sharma’s return to the Indian Test set-up when the selectors meet here on Thursday to decide the squad for the two-match series against South Africa next month.sports news in english

White ball vice-captain Rohit, who couldn’t make the cut in the playing XI against the West Indies, is expected to be tried out as an opener after Hanuma Vihari and Ajinkya Rahane sealed slot Nos 5 and 6 in the batting order respectively. Rohit’s last Test appearance for India was in the away series against Australia in 2018.

Cheteshwar Pujara, at No.3, and skipper Virat Kohli, at No.4, automatically pick themselves.

This has left head coach Ravi Shastri and skipper Kohli with only one option, to try an explosive player like Rohit at the top of the order, following the ‘Virender Sehwag impact model’.

Bengal opener Abhimanyu Easwaran, a prolific performer at the domestic and India A games, could be rewarded with a place in the side as a reserve opener, if the selection committee decides to drop Rahul.

The other openers in fray are Priyank Panchal of Gujarat and Shubman Gill of Punjab.

Rahul, considered a favourite of this team management, has scored 664 runs in his last 30 Test innings, with his only notable score — 149 against England at the Oval last year –, coming in a dead fifth rubber.

With Mayank Agarwal assured of his place, the only bone of contention could be the opening slot where a 15-member squad could ensure both Rohit and Easwaran make it.

In case they both make it, then they might feature in the India A side in the two-day practice game against South Africa in Vizianagaram before the first Test in Visakhapatnam on October 2.sports news in english

Otherwise, the selection will remain pretty straightforward with only Bhuvneshwar Kumar, who isn’t fully fit, likely to miss out.

In that case, all-rounder Hardik Pandya could be back in the Test squad or else Navdeep Saini might come in as a back-up pacer.

However, it remains to be seen whether the Think-Tank will want Pandya to only concentrate on white ball cricket in the next 13 months keeping the World Cup in focus.

Test matches in India normally feature one specialist keeper in the side but Wriddhiman Saha is very much in the scheme of things even though Rishabh Pant remains the top choice.

Ravindra Jadeja, Kuldeep Yadav and Ravichandran Ashwin will be the three spinners while Jasprit Bumrah, Mohammed Shami and Ishant Sharma will be the three pacers. In case Shami is rested, then Umesh Yadav can come in.

I don’t care about criticism of my knighthood, says Boycott