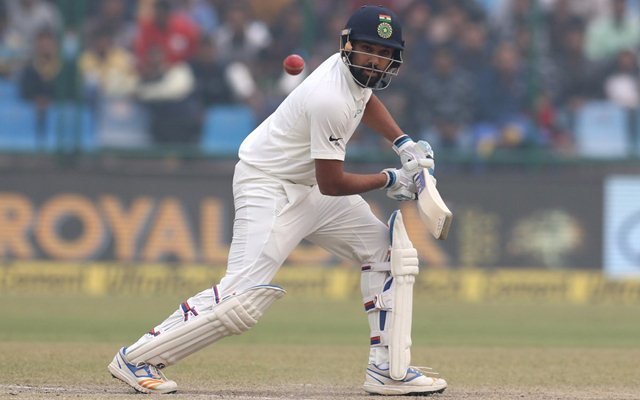 Rohit Sharma has got another chance to succeed as an opener in Tests. Photos: Twitter and Google.

Mumbai: Rohit Sharma being recalled to open for India against South Africa in the impending three-match Test series has opened up a debate regarding the justification of the decision.

VVS Laxman, a middle order bat, who was pushed up to open the innings has spoken of his troubles as a Test opener. He has spoken of his change in mentality and technique while trying to cope with its demands, failing in the process. Laxman has warned Rohit of committing the same mistakes.

Rohit is an enigma. When people have written him off, he is managed to shut them critics with runs, the only player to have scored three double-centuries in ODIs, and scoring five centuries in a single edition of the World Cup recently.

He is a strokeplayer, who is difficult to contain when he gets going. Batsmen tend to have different mindsets while batting at different positions. Not only mentally, opening an innings requires a different skill set than batting in the middle order. Openers are taught to see off the new ball. 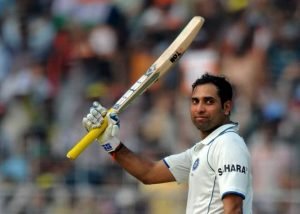 VVS Laxman has advised Rohit Sharma not to commit the same mistakes he committed as opener.

Indian openers, of late, have been dismissed even before even the new ball loses its shine. The South African attack, led by Kagiso Rabada and supported by Vernon Philander, will surely test the Indian openers.

Opening, be it in the Indian subcontinent or overseas, requires a lot of courage as well as discipline. When Dilip Vengsarkar, then only 16, was sent up to open by Dadar Union skipper Vasu Paranjpe, he produced a stroke-filled knock against Padurang Salgaonkar, and one of India’s fastest then.

Vengsarkar would plant his front foot forward and play on the up, a pleasing sight for the spectators. He became an overnight sensation and only bolstered his reputation by hitting sixes against Bishan Singh Bedi and EAS Prasanna on a turning track in Nagpur’s VCA stadium.

But when Vengsarkar went to New Zealand, his penchant for playing “on the up” landed him in trouble, getting caught in the slip cordon. He had to change his technique while opening. The selectors then brought him to the middle order, where he scored consistently against Imran Khan and Sarfraz Nawaz’s Pakistan.

Initially Rohit’s batting style was similar to Vengsarkar’s, who later curbed his strokeplay on turning tracks. His reticent shot making made him a master batsmen against spin bowling. Before 1979 during India’s tour of England, Vijay Manjrekar predicted Vengsarkar’s failure. But Dilip responded with a hundred at Lord’s.

Predictions can often go wrong. But it is safe to say that Rohit, when on song, is a joy to watch, as is an eyesore when he struggles. Having played international cricket for over a decade, Rohit, 32, is a mature batsman now. He has experience and has faced the new ball in ODIs and T20Is.

The Vizag track is expected to be a typical Indian Test wicket where the hosts would play two spinners. Rohit is casual in body language but inwardly he is a strong character who knows what it takes to be successful.

In 1960s and 70s, many middle-order batsmen like Dilip Sardesai have been asked to open the innings. Sardesai was a prolific run getter in domestic cricket but in the 1968 tour of Australia, he couldn’t put bat to ball against the likes of Graham McKenzie and was dropped after two Tests.

Dilip Sardesai was also tried as a Test opener.

He came back and was told to open for Bombay and the West Zone. Lacquer-coated Indian cricket balls, then, used to lose its shine as early as the fifth over. Lack of shine and seam helped Sardesai plunder runs as an opener in domestic cricket but against the West Indies, when English balls were used, he was found out and had to return to the middle order.

The same thing happened with Ashok Mankad, who started batting at No. 8 for Bombay in 1964-65. As the Indian middle order was packed with the likes of Chandu Borde, MAK Pataudi, he was asked to open the innings.

Vijay Merchant asked Vinoo Mankad whether his son Ashok Mankad can open the innings, to which Mankad senior reportedly said that if he could bat at all positions starting from No. 11 to No. 1, then he could also do it.

Mankad began well, scoring half centuries against Australia, his highest was 97 in Delhi. Then when he to England in 1971, the highest Mankad could score was 25 in six innings.

Ramesh Saxena is another prime example who was hugely successful against top-class spin bowling on tricky pitches. But Pataudi asked him to open against England at Leeds in 1967. He failed and never played Test cricket again. 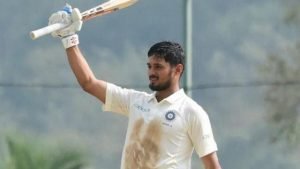 Talented opener Priyank Panchal has made a mark with consistent performances in domestic and List A cricket.

Saxena couldn’t capitalise on the opportunity. But one needs at least an opportunity to even fail. Priyank Panchal hasn’t even got a chance yet, despite scoring by the hundreds in domestic and List A cricket for the past five years. Originally an opener, he has now suddenly been asked to bat in the middle order by the selectors.

Opening is a specialised position. When you have a young talent scoring runs at the top, he should be given a chance, instead of fiddling around with his batting position.

The team management must have felt that dropping Rohit in the West Indies series was a mistake. And hence have given him the opportunity against South Africa. Two mistakes doesn’t make one right decision.

Rohit has apparently been assured of playing time in the entire South Africa series. The team management has out faith on him that should benefit him at Vizag.

Saha to replace Pant as keeper in 1st Test, focus on opener Rohit vs South Africa