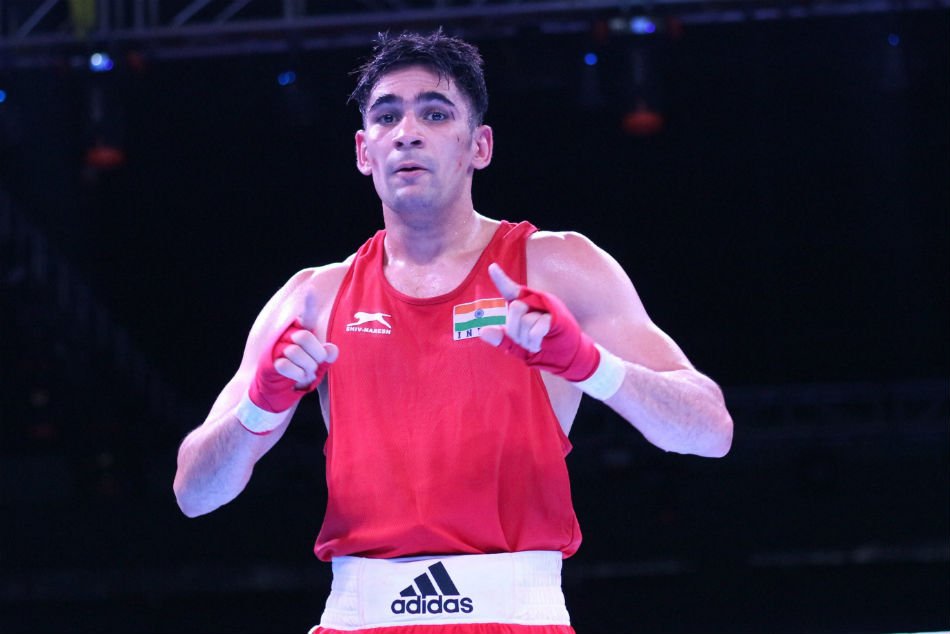 Rohit from the Railways adopted a counter-attacking strategy against his taller opponent from Himachal. He succeeded in landing more punches to unsettle Ashish with a mix of close-range attack.

Rohit landed more clear punches in the third round to register an upset 4-1 win over Ashish.

“It is my first tournament in the new weight category and defeating a big player is a huge morale booster,” said Rohit, who had won gold medal in the last edition.

“I worked a lot on my strength and did a lot of weight training in my preparation ahead of the National. I am glad that my counter-attacking strategy worked today. Hopefully, I will win the gold medal again.”

In other bouts, Shiva showed his composure and experience as he breezed past the challenge of Delhi’s Yogesh Tokas 4-0 in a one- sided bout.

2016 World Youth Boxing Champion Sachin was fierce and aggressive and did not put a foot wrong in the 5-0 win over Michael Dominic of Telangana.

The services boxer will take on Punjab’s Sagar Chand for a place in the finals on Wednesday.

Tanwar will be up next against last year’s bronze medallist, Uttarakhand’s Kapil Pokhariya, who trounced Maharashtra’s Mrunal Zarekar 5-0 to reach the semis.

Services boxer PL Prasad (52 kg) was no match for his opponent Sudeep Kumar from Uttar Pradesh who was defeated by a 5:0 verdict.

Chandigarh’s Pankaj Chauhan (75kg) reached the semi-finals after getting a walkover in the quarter-final bout against Punjab’s Lakhbir Singh.

He will face Haryana’s Ankit Khatana as he aims to secure his place in the final.