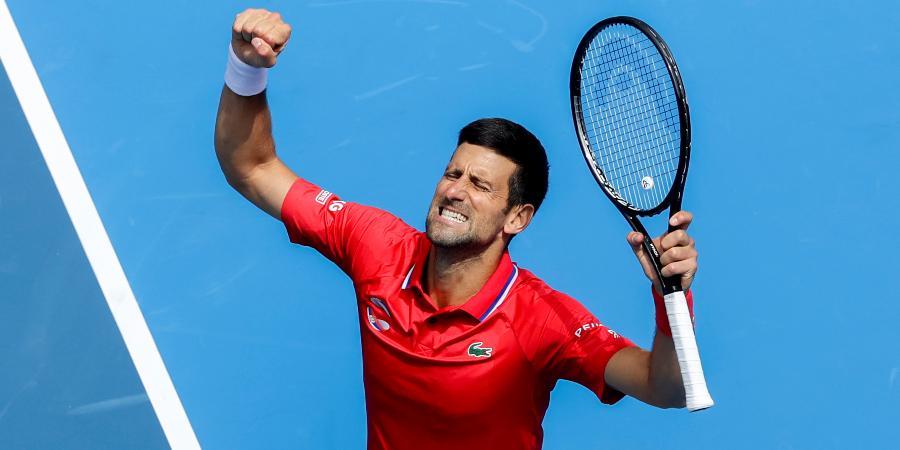 New Delhi: Novak Djokovic’s love affair with Rome continued as the five-time champion picked up his 60th victory at the Italian Open with a 6-3, 6-2 success over Aslan Karatsev on Tuesday.

Ons Jabeur eased into the second round with a straight-sets win over Sorana Cirstea but US Open champion Emma Raducanu was forced to retire from her first round against Bianca Andreescu, still struggling with a back injury she picked up in Madrid last week.

World No 1 Djokovic has never lost before the quarter-finals at the tournament and is now just three victories shy of joining the 1,000 match-wins club.

“He probably has the biggest calf we have in tennis. Very strong guy, just solid from the baseline,” Djokovic said of the 35th-ranked Karatsev.

“You never know with him. If he’s feeling the ball, he can be very dangerous because he stays so close to the line, puts pressure on his opponents.”

Karatsev committed 36 unforced errors during the match and Djokovic capitalised.

“I’ll take this win for sure. It’s a straight-sets win against a quality opponent,” continued the Serb.

Djokovic, who is in his record-extending 369th week at the top of the rankings, must reach at least the semi-finals in Rome to hold onto the number one spot, and avoid being overtaken by Daniil Medvedev.

Grigor Dimitrov and Stefanos Tsitsipas will square off for the second time in seven days after the Bulgarian moved past American qualifier Brandon Nakashima 6-3, 6-4 in first round action on Tuesday.

Raducanu’s retirement marked a disappointing end to a highly-anticipated clash with Andreescu, another US Open champion.

Andreescu was up a set and a break, 6-2, 2-1, on Raducanu before the British 10th seed made the call to end the match.

After dropping serve twice in the opening set to trail Andreescu 2-5, Raducanu took an off-court medical timeout. It was not enough, though, and she had to pull out of the contest four games later.

“I’m definitely disappointed with how today went. But I guess I wanted to give it a try,” said the 19-year-old Raducanu.

“I never really knew how bad it was until I kind of went out there. For me, I’m still learning when it’s right to push my body and push through it, and when it’s not.”

A back injury also accounted for Spaniard Sara Sorribes Tormo who was leading Nuria Parrizas Diaz 6-1, 4-3 when she had to retire.

Parrizas Diaz and Andreescu will now meet in the second round.

Ninth seed Jabeur claimed her first victory in three meetings with Romanian Sorana Cirstea 6-0, 7-6(1), just three days after she lifted the biggest trophy of her career in Madrid.

On Saturday the Tunisian made history when she became the first Arab or African woman to win a WTA 1000 title.

Jabeur won the first eight games of the match and looked on her way to a routine victory when she was serving for a place in the second round at 6-0, 5-2.

But Cirstea had other ideas and clawed her way back to level the set at 5-5 and force a tiebreak.

Jabeur steadied the ship in the breaker and booked a second-round date with Ajla Tomljanovic.

Runner-up to Jabeur in Madrid, 13th seed Jessica Pegula squeezed past World No 25 Liudmila Samsonova 4-6, 6-3, 6-4 to set up a last-32 showdown with in-form Ukrainian Anhelina Kalinina.