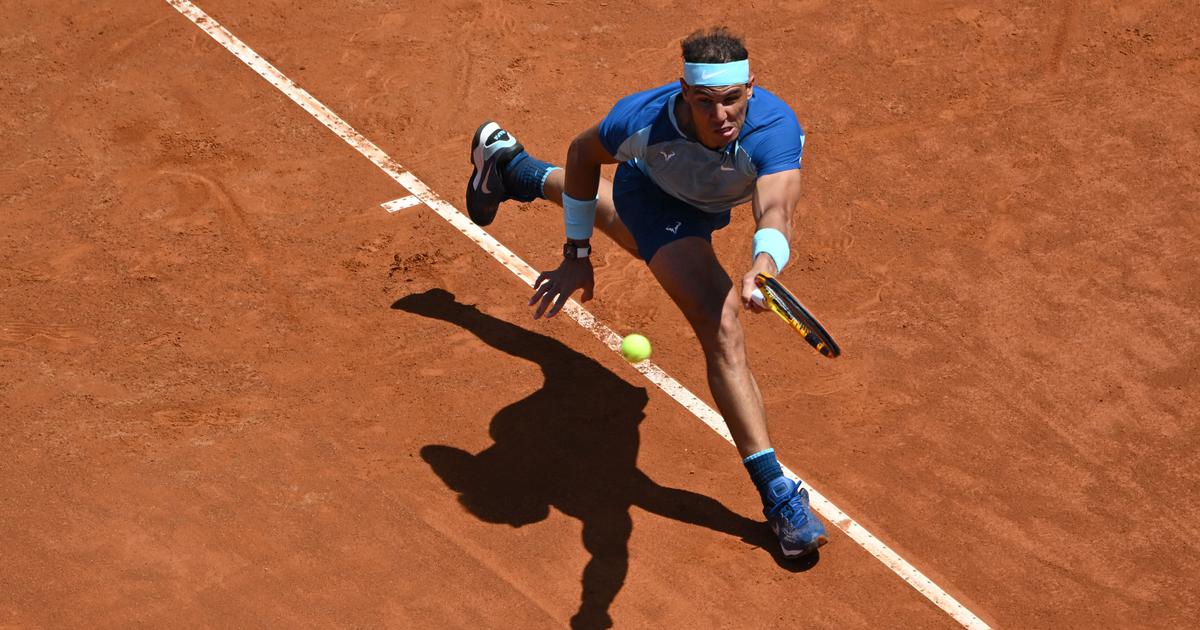 Rafael Nadal eased into the last 16 of the Italian Open on Wednesday with a straightforward 6-3, 6-1 win over John Isner, while Iga Swiatek is on course for a fifth straight WTA triumph after seeing off Elena-Gabriela Ruse 6-3, 6-0.

Third seed Nadal made short work of Isner as he bids for an 11th title in Rome. The King of Clay seeing off his American opponent in one hour and 17 minutes under blazing sunshine at the Foro Italico.

A quarter-final loser to fellow countryman Carlos Alcaraz in Madrid, Nadal could profit from the in-form teenager’s absence in the Italian capital to win the last big clay event before the French Open later this month.

The 35-year-old had been out for six weeks with a rib injury before returning in the Spanish capital last week, but Isner put up little resistance against the 21-time Grand Slam winner.

“I need to build again the things after a tough stop and that’s what I’m trying, just to stay with the right attitude and let’s see if I’m able to make that happen,” Nadal said courtside.

The match swung in Nadal’s favour in game eight, when the Spaniard broke veteran World No 27 Isner before serving out to take the first set.

From there Nadal cruised to victory, dropping just 14 points on his way to setting up a third-round clash with Denis Shapovalov.

“I need to play better than I did today but after a while out it’s another victory and tomorrow another chance to play against one of the best players in the world,” Nadal added.

Nadal later told reporters that Swiatek was doing “amazing things” and it was difficult to argue after she set up a third-round match with Victoria Azarenka after dismantling Ruse.

The 20-year-old Swiatek is in red-hot form after winning her last four tournaments and will be eyeing a second title at Roland Garros after winning there as a teenager in 2020.

Swiatek dropped just nine points in a second-set demolition of Ruse which highlighted the gulf between the two players.

Former champion Karolina Pliskova was dumped out of the women’s tournament after being beaten by Switzerland’s Jil Teichmann 6-2, 4-6, 6-4.

Pliskova had made the previous three finals in Rome, winning the title in 2019, but the sixth seed lost to 24-year-old Teichmann in a battle which lasted two hours and 40 minutes.

Third seed Aryna Sabalenka strolled nto the next round with a routine 6-2, 6-0 win over Zhang Shuai, while Coco Gauff is also in the last 16 after seeing off fellow American Madison Brengle 6-2, 6-4.

The injury-hit 37-year-old beat Djokovic in finals to win two of his three Grand Slam titles, but has lost 19 of their 25 career meetings.

Thursday’s match will be their first against each other since the 2019 US Open.

Stefanos Tsitsipas was forced to work hard to beat Grigor Dimitrov 6-3, 7-5, 7-6(4) in a tough match in which he had to save two match points before eventually prevailing in a third-set tie-break.

The Bulgarian, beaten by World No 5 Tsitsipas in both Barcelona and Madrid in recent weeks, fought back from 5-3 down in the second set to level the match and looked to have the better of his Greek opponent in set three.

However he failed to capitalise on his match points, which both came against serve, and Tsitsipas rattled off five straight points in the tie-break to ensure victory.

The 23-year-old could meet second seed Alexander Zverev in the semi-finals, as he did in Madrid, after the German saw off Sebastian Baez 7-6(6), 6-3.