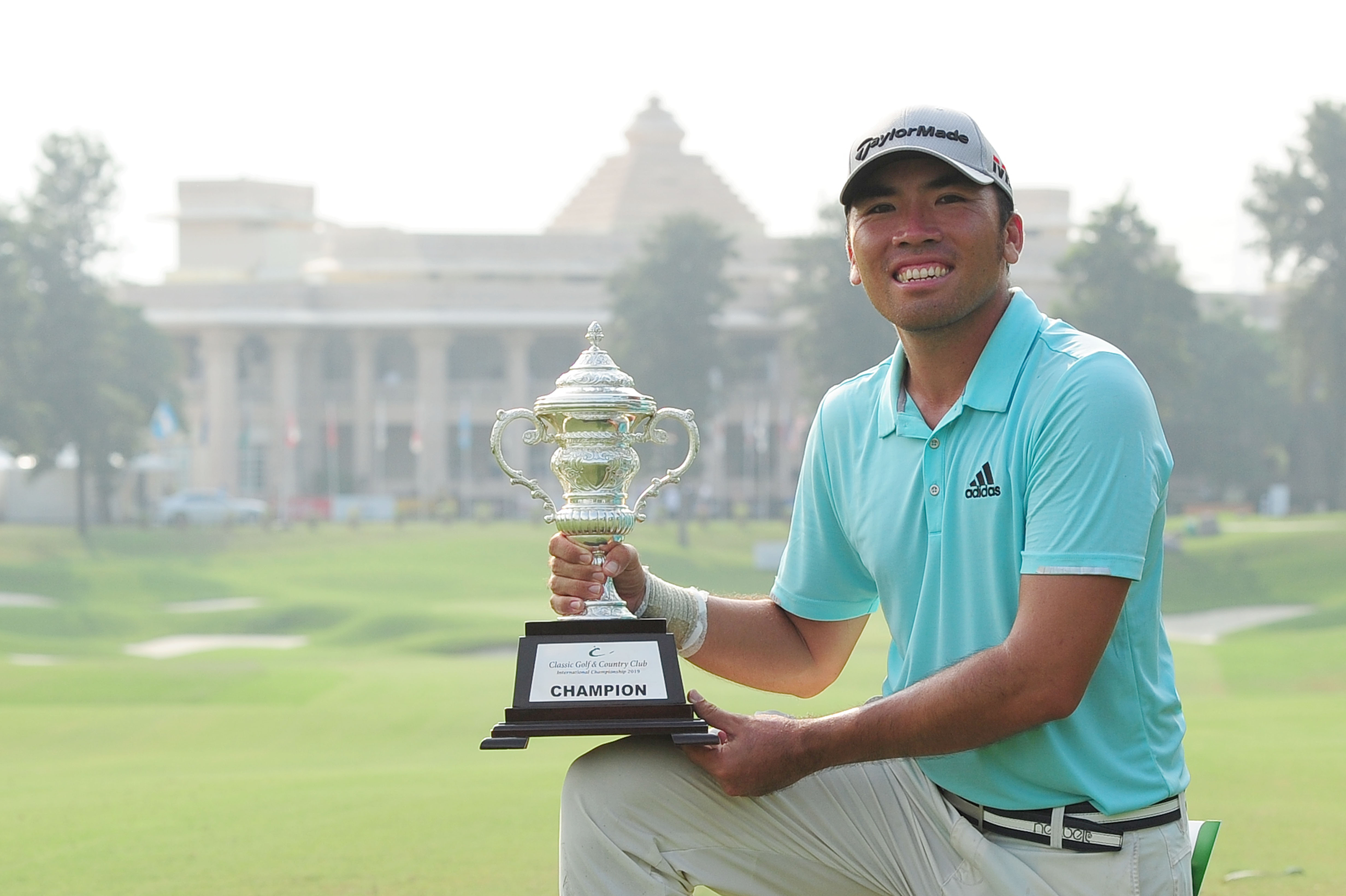 Rory Hie celebrates after his victory.

Gurugram: Indonesia’s Rory Hie made it a start-to-finish effort at the inaugural $300,000 Classic Golf & Country Club International Championship 2019, winning his maiden professional title by a two shot margin from the field.

However there was much to cheer for the Indians as a bunch of young stars finished in prominent positions with four of them featuring in the Top-eight.

As Hie shot 68 to finish at 21-under, Rashid Khan, in the hunt till he mishit the 15th tee shot, carded 69 to reach 19-under and tie for second alongside Korean Byungjun Kim (67).

Rashid’s bogey on 15th, coupled with Hie’s birdie on the same hole ended the Indian’s chances as the Indonesian playing in India for the seventh year in a row, made no mistakes and parred the last three holes.

“It was always my dream to walk up the 18th green with a two-shot lead and that’s what happened,” said Hie who won his first pro title since joining the paid ranks in 2008. He was once ranked No. 6 amateur in the world.

Aman Raj (66) equaled his career-best and Abhijit Chadha (71) achieved a new personal best on Asian Tour. Both were Tied-fifth at 16-under.

There were further celebrations in store for India at this Jack Nicklaus-designed course with India putting on another six players inside top-20 for a total of 10 among the top-20.