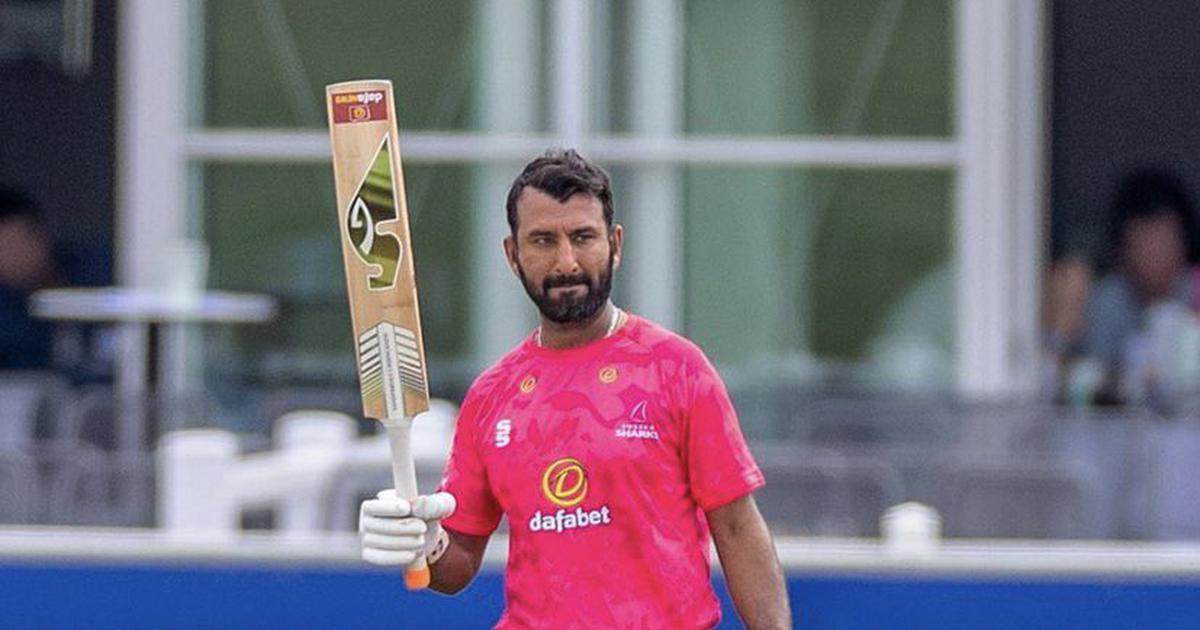 Hove: India’s Test specialist Cheteshwar Pujara smashed his way to a career-best List A score of 174, notching up his second hundred in a span of 48 hours as Sussex amassed a mammoth 378 for 6 against Surrey in the Royal London Cup One Day Championship on Sunday.

On Friday, Pujara had caned the Warwickshire attack en route his 79-ball 107 albeit in a losing cause.

On Sunday, Sussex batted first on a small county ground at Hove, and were 9/2 inside first four overs when Tom Clark (104 off 106 balls) and Pujara joined forces to add 205 runs for the third wicket.

Pujara, who has a near 55 average in List A cricket, scored his 13th hundred in the 50-over format and in all faced 131 balls from which he hit 20 fours and five sixes.

By the time he was dismissed in the 48th over, Pujara had nearly scored half of his team’s runs (350) at that time.

Pujara hit a six each off pacers Matt Dunn, Conor McKerr and Ryan Patel. Spinners Amar Virdi and Yousef Majid were also tonked for a maximum each.

Krunal gets 3 for Warwickshire

At the Grace Road ground in Leicester, left-arm spinner Krunal Pandya emerged as the most successful bowler for Warwickshire with figures of 3/69 against Leicestershire in another List A game.

Umesh Yadav gets 2 for Middlesex

Veteran Indian Test pacer Umesh Yadav continued his good showing for Middlesex in the ongoing 50-over competition with figures of 2/58 from 10 overs with wickets of Somerset openers Andrew Umeed (10) and skipper James Rew (114).

Umesh currently has 13 wickets from four games with a five-for and four-for under his belt. Somerset scored 335 for 6 in 50 overs.

Out of favour India pacer Navdeep Saini had figures of 0/43 for Kent against Northamptonshire, who were bowled out for 210 on the day.

While Saini went wicketless, this was the least number of runs that he has conceded in Royal London Cup so far, having gone for above 61, 71 and 68 runs in his previous three appearances.

Women’s Hundred: Jemimah out for 2 but team wins

Jemimah Rodrigues was dismissed cheaply for 2 but her team Northern Superchargers beat London Spirit by five runs in ‘The Hundred Women’s Competition’ game at Leeds.

Rodrigues was clean-bowled to a leg-cutter from seamer Freya Davies.

‘Test cricket won’t die in my lifetime but who’ll be playing it’, asks Ian Chappell