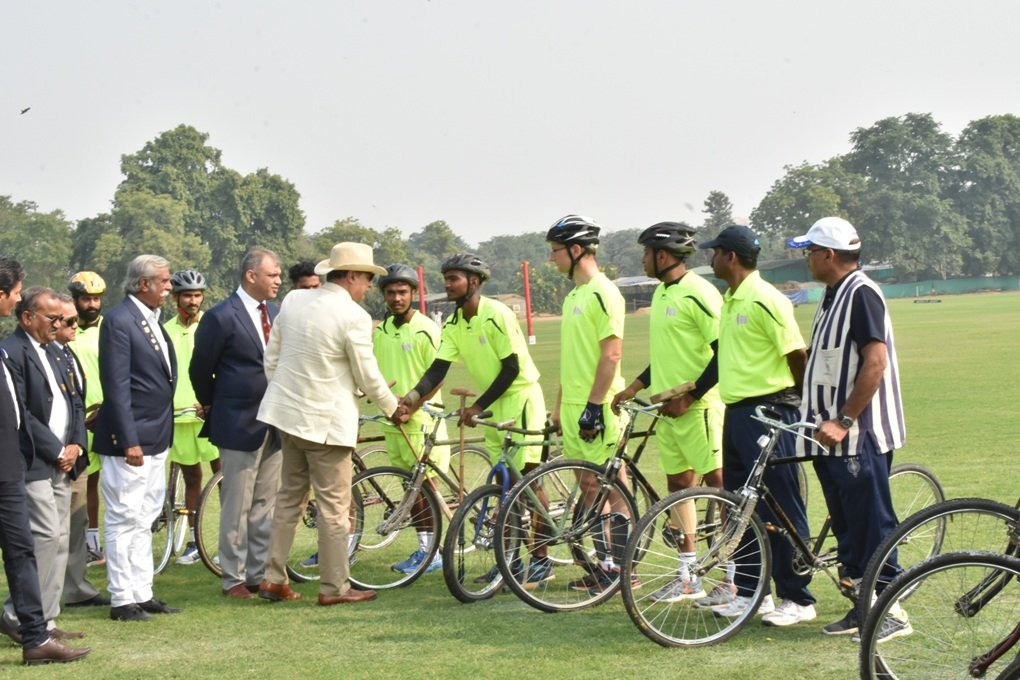 New Delhi: The Cycle Polo Federation of India started its first ever league in the country in Jaipur on Monday. The Cycle Polo League (CPL) is expected boost the traditional sport of India, which is being played since the early 1900s.

The inaugural polo league is being played at Rajasthan Polo Club Ground in Jaipur and will continue till 29 November.

The likes of Alain Derly and Jerrom Baptist from France, Tim Geiger & Cassandra from Germany and Mohd Azhar Bin Latif, Hazizul Hafifi, Ismail Bin Manan and Mohd nur Fida from Malaysia are participating in the tournament.

The opening match was played between Dundlod Safari Knights Vs Royal Tigers. Royal Tigers won the match by 18-12 goals.