Sad that AIFF has taken I-League clubs for granted: Salgaocar 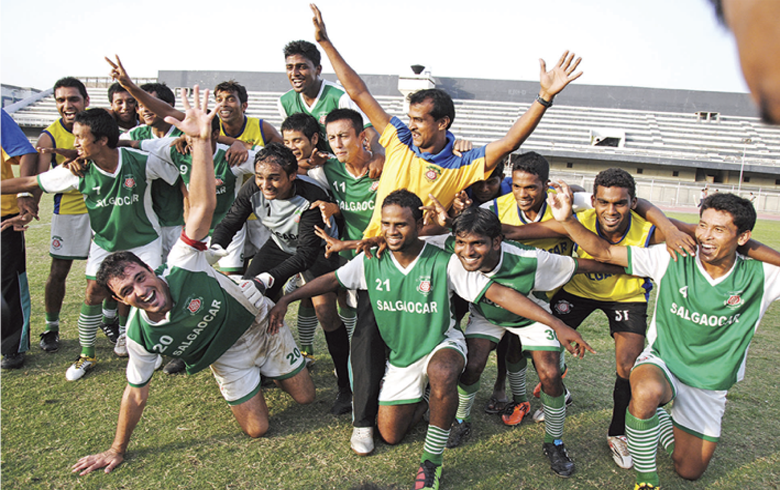 Salgaocar SC withdrew from the I-League in 2016. Photos: Twitter and Google.

This was the time when VM Salgaocar Group of Companies launched Salgaocar Sports Club (now Salgaocar Football Club) with an aim to promote local talent in Goa. In years to come, Salgaocar became one of India’s finest clubs from the western coast – officially crowned the country’s best team more than once.

Jump cut to 2016. Sixty seasons later, after winning the NFL and the I-League once each and the Federation Cup four times, Salgaocar decided to quit I-League, joining the list of 23 clubs, who had either shut shop or had withdrawn from the national scene in recent past.

No one from the authorities approached Salgaocar for a change of decision. They had no time – Indian football had by then discovered the excitement of “franchise-based football”. 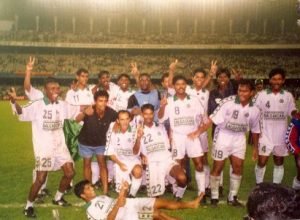 The present club owner, Shivanand Salgaocar, is a veteran administrator, who once held top positions both in All India Football Federation (AIFF) and Goa Football Association (GFA). A man of few words though, Shivanand finds the situation sad.

“The current situation very sad for Indian football. Unfortunately, what happens in all sports associations is that once office bearers get elected to any governing body, they tend to forget the association exists for the clubs. They think the clubs exists for them. They take the clubs for granted,” said the former AIFF treasurer.

Shivanand is not far from the truth. After remaining more or less mute spectators to the demise of several traditional clubs, the AIFF is now all set to reduce I-league to the second division. 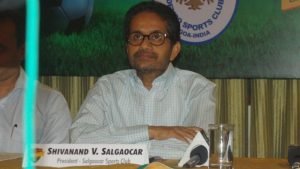 Shivanand Salgaocar said his club could make a return to the I-League in the future.

“As far as our team is concerned, we withdrew from the I-League primarily because we did not see any road map for I-League teams. In fact, basically, there is no roadmap for Indian football and also for the future of I-League,” said Shivanand.

Asked what should be the right approach in the current situation, the former GFA president said: “That is for the administrators to decide. They should know what went wrong and what should be done to rectify it. In Goa, Dempo, Sporting Clube de Goa and we decided to withdraw from the I-League. We thought it was not going anywhere.”

Shivanand vehemently opposes to any idea that his company has stopped patronizing football. Unlike some other clubs, whose managements, out of sheer frustrations, have switched over to basketball or table tennis, Salgaocar still have 200 players in their rolls.

“My intention was to contribute to the growth of football in a way we thought best. You are free to disagree with me. But that’s our philosophy…. me and my daughter Swati, who takes great interest in youth development.

“We have been promoting football for over 65 years. Even today besides the team which plays in the Goa Pro League, we maintain age-group teams. We have teams in under-10, under-13, under-14, under-16, under-18 and under-20,” Shivanand pointed out. 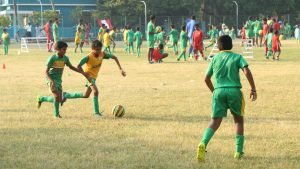 “If we wanted participate in ISL, we could have joined it from its inception. We don’t know whether I-League will be merged into ISL….basically, no ground rules have been laid down till date. Instead of waiting for the AIFF to take a call on when and how things will pan out, we decided to concentrate on encouraging football at the grass root and promoting local talent,” he added.

Asked whether Salgaocar would return to the national scene in near future, Shivanand said: “I can’t talk about the future. But as and when the circumstances seem appropriate, we might get back into the I-league. Mind it, we have not disbanded the club.”