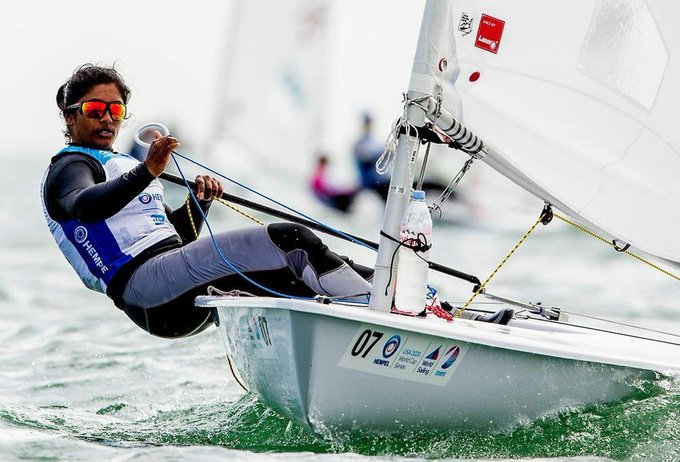 Thanks to Kumanan’s massive 21-point lead over the chasing pack, all that the 22-year-old needs to do on Thursday is complete the Medal race without any incident.

On Wednesday, Kumanan was in sublime form, finishing Race 9 and 10 in first and second positions, respectively. The first Indian woman to win a sailing World Cup medal last year has 18 net points, while her nearest rival, Hong Kong’s Stephanie Norton, is placed fourth with 41 points going into Thursday’s medal race.

An engineering student at the SRM College in Chennai, Kumanan has represented the country at the 2014 and 2018 Asian Games in Incheon and Jakarta, respectively.

Meanwhile, the Indian duo of Varun Thakkar and KC Ganapathy finished on top in the 49er class after securing fourth, second and third places in Race 13, 14 and 15, respectively. The pair now needs to finish in the top six on Thursday to qualify for Tokyo.